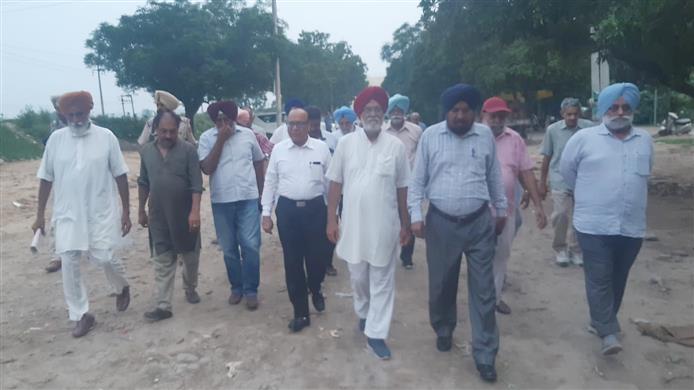 To get rid of the garbage problem in their area which is spreading through bi-weekly mandi held near the locality, residents of Urban Estate Phase I met with Mayor Jagdish Raja and MLA Cantt Pargat Singh on Wednesday and demanded a permanent solution. to the problem.

They said the twice-weekly mandi has become a nuisance for them as dozens of vegetable, fruit and cloth vendors leave behind piles of rubbish on the roads, preventing them from going out.

Residents said MP Pargat Singh and Mayor Jagdish Raja along with Regional Councilor Mintu Juneja visited their locality on Tuesday and listened to their grievances.

“We told the relevant officials that the timing of mandi is not fixed and that it starts early in the morning at 5:30 a.m. and ends at 11 p.m. After lifting their stalls, plastic packaging, abandoned clothes and other items continue to rot by the side of the road, adding to our woes,” residents said.

They further stated that they had demanded that a narrow road, which was in a pitiful state in the outer area of ​​Phase I of the Urban Domain adjoining the Army Field and Police Station Division No. 7, be rebuilt so that vendors can move their stalls there. “Furthermore, we have demanded that traffic wardens be deployed on the road, especially during Mandi hours, so that residents do not encounter any problems when parking their vehicles,” they added.

Meanwhile, Mayor Jagdish Raja said he had met the residents with the area’s MLA and other officials, and asked XEN from the Buildings and Roads Department to carry out the investigation. and prepare a budget for road re-carpeting.