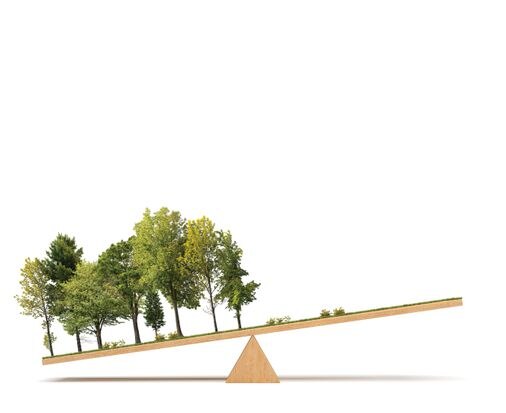 Trees are more than a landscape. It is a question of social justice.

A narrow concrete sidewalk is all that separates Emily Vides’ Somerville home from the four lanes of traffic on Mystic Avenue. When she took her children to daycare, she wandered into a nearby housing project. It was a more peaceful path – the buildings blocked out the highway noise and grime, and the area was well cleared of snow in the winter. Yet something was missing: “Trees aren’t really part of it,” she says.

Neighborhoods like Vides — one of Somerville’s poorest areas — are notorious for their lack of canopy, and residents miss more than shady picnics and swings. The benefits of trees to human physiology and psychology are profound: decreased anxiety, better functioning of the immune system and, studies have shown, improved academic performance in children. Access to trees is a matter of social justice, and local governments should carefully consider who can enjoy these benefits – and who is denied them.

In a study published in 2018, researchers measured these benefits by revitalizing 37 clusters of empty lots across Philadelphia. Where there had been overgrown brush and illegally dumped trash, residents suddenly found parklands with neatly trimmed grass and shade trees. The number of residents who said they felt depressed fell by more than 40% in neighborhoods with new parks – but there was no significant change where researchers had simply cleared out trash or left empty lots alone. In a similar study, newly greened neighborhoods showed lower rates of many forms of crime, including assault with firearms and burglary.

According to Ming Kuo, director of the Landscape and Human Health Laboratory at the University of Illinois at Urbana-Champaign, trees have been linked to reductions in at least 16 disease categories, including cancer, diabetes and cardiac.

Many of these benefits are the product of small physiological changes that nature provides in various ways, Kuo says. For example, exposure to plant-derived chemicals called phytoncides has been linked to healthy blood pressure, among other benefits.

But some cities are trying to break the cycle. Part of Somerville’s new urban forestry plan is to begin to even out the tree canopy across the city. This means emphasizing planting in low-income and minority neighborhoods.

But such progressive plans are rare, says Robert Ricard, senior extension educator at the University of Connecticut’s College of Agriculture and Natural Resources. With limited budgets, most cities focus on removing trees that are at risk of falling and causing damage, leaving little money to proactively manage trees. “Trees or forests are low [on the list of priorities] after police, fire, schools, garbage disposal, plowing, etc. adds Ricard.

And challenges exist for even the most proactive cities. In addition to budget and time constraints, the areas most in need of trees are often covered in pavement, making planting costly and labor intensive. Planting on private and state-owned land requires special permission, which can further limit a city’s efforts.

But for people like Vides in Somerville, the presence of trees is imperative to make a place “more like a neighborhood”.

As we approach the spring planting season, local officials should keep people like Vides in mind. How long will we let financial and logistical barriers prevent cities from correcting the injustice of uneven tree planting? We need to give our cities the resources they need to treat trees as essential parts of our neighborhoods – all of our neighborhoods.

Saima May Sidik is a Somerville-based freelance science journalist. Send your comments to magazine@globe.com.

2022-02-02
Previous Post: Plastic recycling in West Hartford exceeds targets – We-Ha
Next Post: Here’s what the proposed new plastics recycling plant that will create 100 new jobs at the Port of Sunderland could look like – and how to have your say in the plan