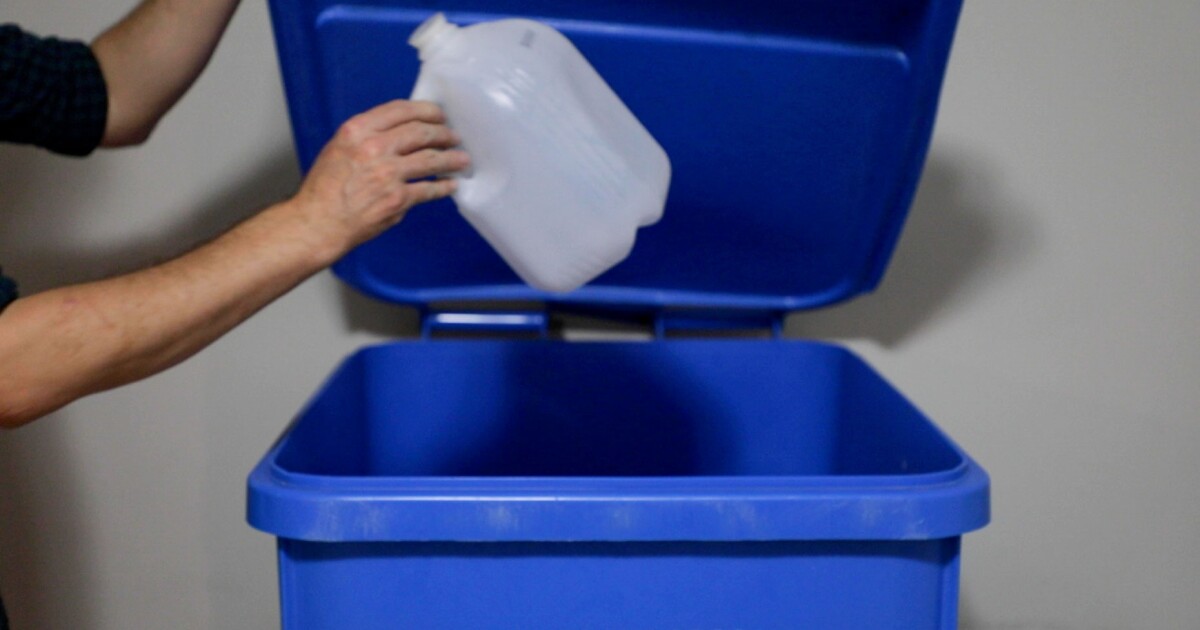 The recycling game resumes, do you know the rules?

After being closed for several months earlier this year, the Gulf Coast is back in the recycling game.

“We are delighted to be back in business,” said Nathalie Bowers, public information officer for the Emerald Coast Utilities Authority.

ECUA is the recycling center for much of the Gulf Coast, Okaloosa County and Atmore east to as far west as Biloxi.

When the establishment was forced to close in the spring, due to equipment failure, all of these communities were forced to either stop recycling collections or continue to collect materials and dispose of them in the landfill. But since October 3, it’s full speed ahead and ECUA is back in the recycling game.

“The first day they accepted (the recyclables) to come back, Santa Rosa County was on board. We were there, sending materials the first morning they were open,” said Kaz Szymoniak, environmental officer for Santa Rosa County.

Santa Rosa County has been recycling since the 1980s. The process has changed quite a bit over the years.

“When it all started (there were) inmate labor squads,” Szymoniak said. “Everything was sorted by hand, selected. We had bins all over the county, and we were doing more of a separate material (process), where cardboard and paper went in one side, cans, bottles (and) glass jars went in the other. We were able to sort these, bale the cardboard and paper, and remove the recyclable materials by hand. But now we’re moving to what they call a single stream, where everything is mixed together in the same recycling bin.

All of these mixed recyclables from Santa Rosa County, as well as all other municipalities served, go to ECUA.

Now that the system is up and running again, let’s review your recycle bin rules.

Those cardboard milk and ice cream cartons, not so much. Cardboard containers for liquids and food coated with wax cannot be recycled. It also means juice boxes. But just about any other type of cardboard can be, such as cereal and pasta boxes. Newspapers and inserts too. But no paper towels, tissues or baby wipes.

An important rule to remember is that when you come back from the grocery store, don’t put your single-use plastic bags in the trash. They cause shenanigans at the recycling plant.

“What’s happening with the plastic bags at the factory is that they can really get attached and become a problem in the equipment,” Bowers said. “There are other (items that do that too) like sheets and clothes. All of this is not recyclable. Garden hoses and window blinds, that sort of thing can really mess up the equipment.

These single-use plastic bags should be returned to the grocery store for recycling.

Other things you can put in your recycling bin are aluminum cans and bottles, tin and steel cans and lids – even old metal pots and pans. And glass. All colored glass bottles or jars are accepted. Old drinking glasses too. But no crystal stemware, nor car or house windows.

In practice, there are a lot of things people put in their recycling bins with the best of intentions, but the material just can’t be recycled. Things like aluminum foil, polystyrene or styrofoam, plastic or metal hangers, even bubble wrap. They have a name for it.

“A lot of it is ‘wish-cycling,'” Szymoniak said. “Where people want to believe they can recycle (an item, but they really can’t).”

Hazardous items are often found in recycling bins, which can and have caused major problems.

“The hardest to deal with are, of course, those that are flammable and could potentially start fires,” Bowers said. “(It) happened last summer when we were down for three months. Lithium-ion batteries, ashes from barbecue grills, all those things that can smolder (and) ignite, whether on truck or in the facility when they’re in a pile of recyclables. That can be a problem and, in fact, it’s really a national problem.

Also on this list of dangerous items that should not be in your trash can are propane tanks, spray cans, building materials, and medical waste.

For a complete list of recycling game rules, go to livegreenecua.com