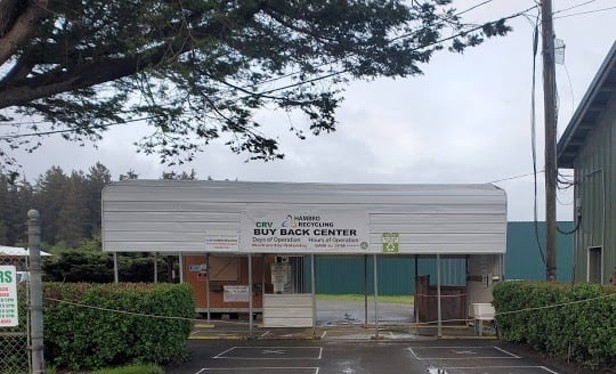 The opening of the Hambro Recycling Arcata site is postponed

It looks like Humboldt County residents will have to wait a bit longer to recycle their CRV containers closer to home.

Hambro Recycling’s minor use permit to operate in the town of Arcata is recommended for approval by the Arcata Planning Commission at its December 14 meeting. However, the licensing process is then submitted to the California Coastal Commission for approval, but the next Coastal Commission meeting will not take place until February, which means the opening of Hambro’s Recycling in Arcata may not. take place before March.

“Hambro remains ready to open the project but may have to wait until March for final clearance from local and state agencies,” said a press release.

Hambro Recycling vice presidents and general manager Randy Scott told the Newspaper they’re just waiting for the permits to be approved and as soon as that happens Hambro will be ready to open their location within three days.

Until then, he said, Humboldt residents can still bring their recyclables to Crescent City.

Read the full press release below.

The opening of the Hambro recycling center in Arcata has been postponed again! The City of Arcata Community Development Department forwarded the minor use permit to the Planning Commission for review at the Planning Commission meeting on December 14, 2021. The request was submitted on August 2 2021 and was returned to the company as “incomplete” on September 8, 2021. Hambro had hoped that the immediate need for a recycling center in Humboldt County would help speed up the process. While means were available to circumvent several elements, it was apparently determined that a full review of the operation was required prior to opening. Hambro remains ready to open the project but may have to wait until March for final clearance from local and state agencies.