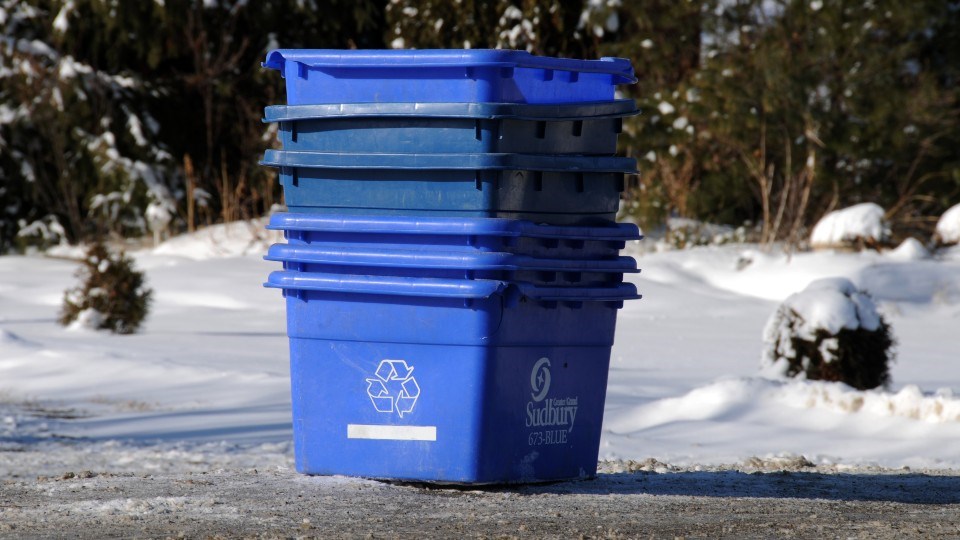 Sudbury among cities to take over Ontario’s new recycling program

The City of Greater Sudbury is part of a broader advocacy campaign to have the cost of recycling collected from non-residential users covered in a manner similar to pickup by residential users.

Although the province is moving municipalities away from the financial responsibility for recycling, Greater Sudbury is poised to continue its participation to help fill a projected gap in services.

The change, which will take effect across the province by 2026, will require producers of recyclables to pay for the curbside collection and processing of recyclables.

That is, with the exception of recyclables from industrial, commercial and institutional (ICI) sources, which were excluded from the residential-exclusive equation.

At last week’s operations committee meeting, the City was asked to put a plan in place for the City of Greater Sudbury to continue to address this service gap even after it discontinued managing blue box services. by April 2025.

“It doesn’t matter where the material was generated,” said City Environmental Services Manager Renee Brownlee, adding that the province’s decision to exclude non-residential recyclables should be questioned.

While non-residential areas are also not covered by the current system, Brownlee said, “this is certainly something that Greater Sudbury, along with our sister municipalities, continues to push forward and pressure the province , is to include all sources of recyclable materials under the full responsibility of the producer.

At an operations committee meeting earlier this week, City Manager of Growth and Infrastructure Tony Cecutti said the Association of Municipalities of Ontario and the Federation of Canadian Municipalities are also included in this ongoing advocacy effort.

the mandated by the province the transition from a municipal recycling program to a program paid for entirely by producers of recyclables is being implemented on a staggered schedule between April 2023 and December 2025, with Greater Sudbury scheduled for April 2025.

Under current legislation, municipalities are required to implement blue box recycling programs and producers of blue box materials are responsible for providing municipalities with up to 50% funding for the management of their collected products. on residential properties. Like the new system taking over in 2025, there is no funding for blue box non-residential materials.

As part of the transition to full producer responsibility for recycling by April 2025, the City must choose whether to divest its recycling facility – the only such facility in Greater Sudbury – or lease it to contractors bidding on its operations.

This leasing option, Brownlee said, would allow the city to piggyback on the operation to continue funding the processing of materials from the ICI sector.

This effort combined with residential recycling would create the critical mass needed to make the facility’s operations financially viable for the operator.

“Leasing the blue box processing facility creates the least risk and provides the best opportunity to achieve waste diversion goals,” she told the meeting this week.

This is the option the committee has asked the city to pursue as a way to reduce the amount of waste reaching the city’s landfill and help achieve the city’s goal of diverting 90% landfill waste by 2050. This option is expected to cost the city approximately $700,000 per year, although this amount may be reduced by rental income and fees charged to ICI sector contributors.

Option 2 would have seen the city continue to process materials from the ICI sector only at the facility, which according to a city report does not transport sufficient volume without residential materials to make the operation profitable for the contractor.

Option 3 would have been to halt the blue box processing operation, which would force the ICI sector to transport its recyclables over long distances, which could prove more expensive than paying landfill fees.

This would require the city to fund additional monitoring and inspection of loads in landfills at a cost of approximately $250,000 to ensure people pay the $270/tonne tipping fee for loads mixed with blue box recyclables instead of the standard $90/tonne charge.

Removing ICI recycling would save the city about $500,000 a year in processing fees, which would be halved by the additional monitoring and inspection costs and further reduced by the long-term implications of filling more fast from the city landfill. at odds with the city Community Energy and Emissions Plan goals.