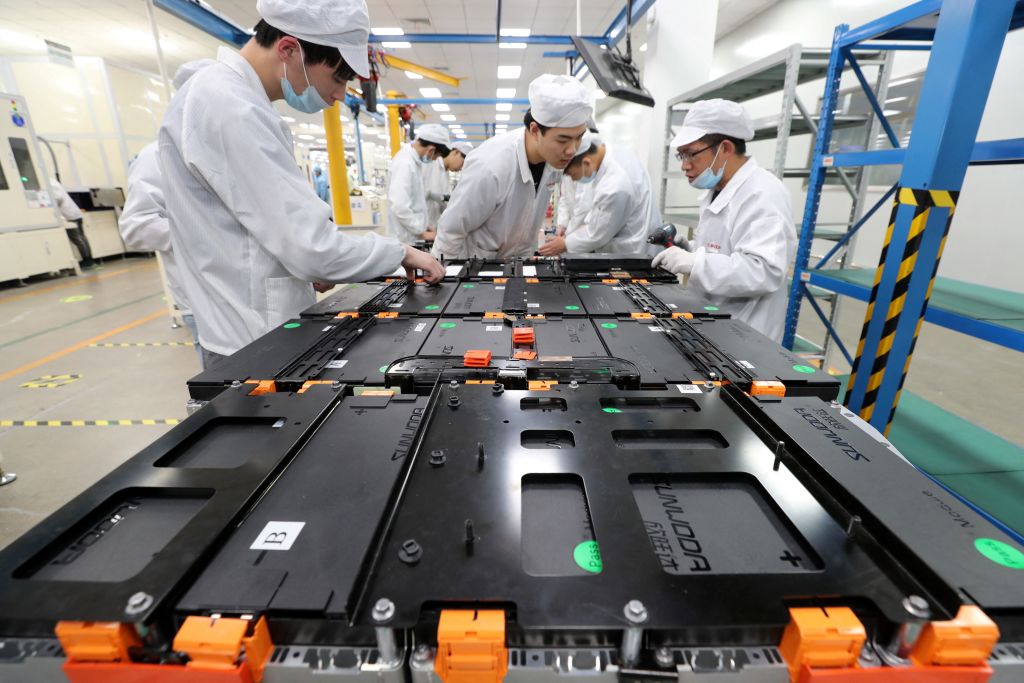 The move came amid passage of the US Inflation Reduction Act and growing demand for electric vehicles.

Amid growing global demand for electric vehicles and the United States’ passage of the Inflation Reduction Act, many South Korean companies have entered the US battery recycling market. And those who rely heavily on China for key minerals are diversifying their supply chains, and one of their solutions is to reuse used batteries.

The Inflation Reduction Act (IRA) introduced in August stipulates that electric vehicles (EVs) must contain a battery built with minerals mined or recycled in North America in order to qualify for the federal tax credit. And that, by 2024, at least 50% of electric vehicle batteries must come from the United States, Canada or Mexico, with this figure rising to 100% by 2028.

These rules are believed to be aimed at curbing the supply chain of electric vehicles in China. According to the International Energy Agency (OUCH), Chinese companies currently own more than half of the processing and refining capacity for lithium, cobalt and graphite, critical components for electric vehicle batteries.

However, data shows that the South Korean battery industry is around 80-90% dependent on key minerals from China, and this reliance has continued to grow.

Statistics published by the Korea International Trade Association (KITA) on August 22 showed that in 2018, South Korea’s lithium hydroxide imports from China were 64.9%. But that number rose to 84.4% from January to July this year.

Lithium batteries used in electric vehicles have a high energy density. Although the battery’s capacity and performance decrease after charging cycles, its main raw materials, such as nickel and lithium, can be extracted and reused. Therefore, the rules enacted by the Inflation Reduction Act have prompted companies to enter the “waste battery recycling” market, causing its expansion.

According to a forecast published On September 12, by SNE Research, a South Korean market research firm on the energy industry and its applications, the global electric vehicle battery recycling market size will grow from $300 million in 2020 to $2 billion in 2025, with an average annual growth rate of 47 percent.

He added that the market size is expected to reach $60 billion by 2040.

In addition to battery manufacturers, South Korean energy, chemical and even construction companies have entered the used battery business in the United States.

At the end of August, SK ecoplant, a construction engineering company of the South Korean conglomerate SK Group, acquired a $50 million stake in Ascend Elements, an American company that recycles electric vehicle batteries and technical materials, becoming its largest shareholder.

Additionally, South Korea’s largest battery recycling company, Sungil Hitech, announced in August that it would set up a battery recycling facility in Georgia. The company is said to have the technology to recover more than 95% of nickel, cobalt, lithium and other metals from expired batteries. It currently has facilities in South Korea, China, Malaysia, India, Hungary and other regions.

LG Energy Solutions aims to extract 20,000 tons of nickel from used batteries through the battery recycling business over ten years.

Lisa Bian is a Korea-based writer for The Epoch Times who focuses on Korean society, culture, and international relations.

2022-09-17
Previous Post: Goa: Congress raises issue of beach cleanup scam
Next Post: The government hopes that the issue of the Mhadei River between Goa and K’taka will be resolved within the framework of the legal system