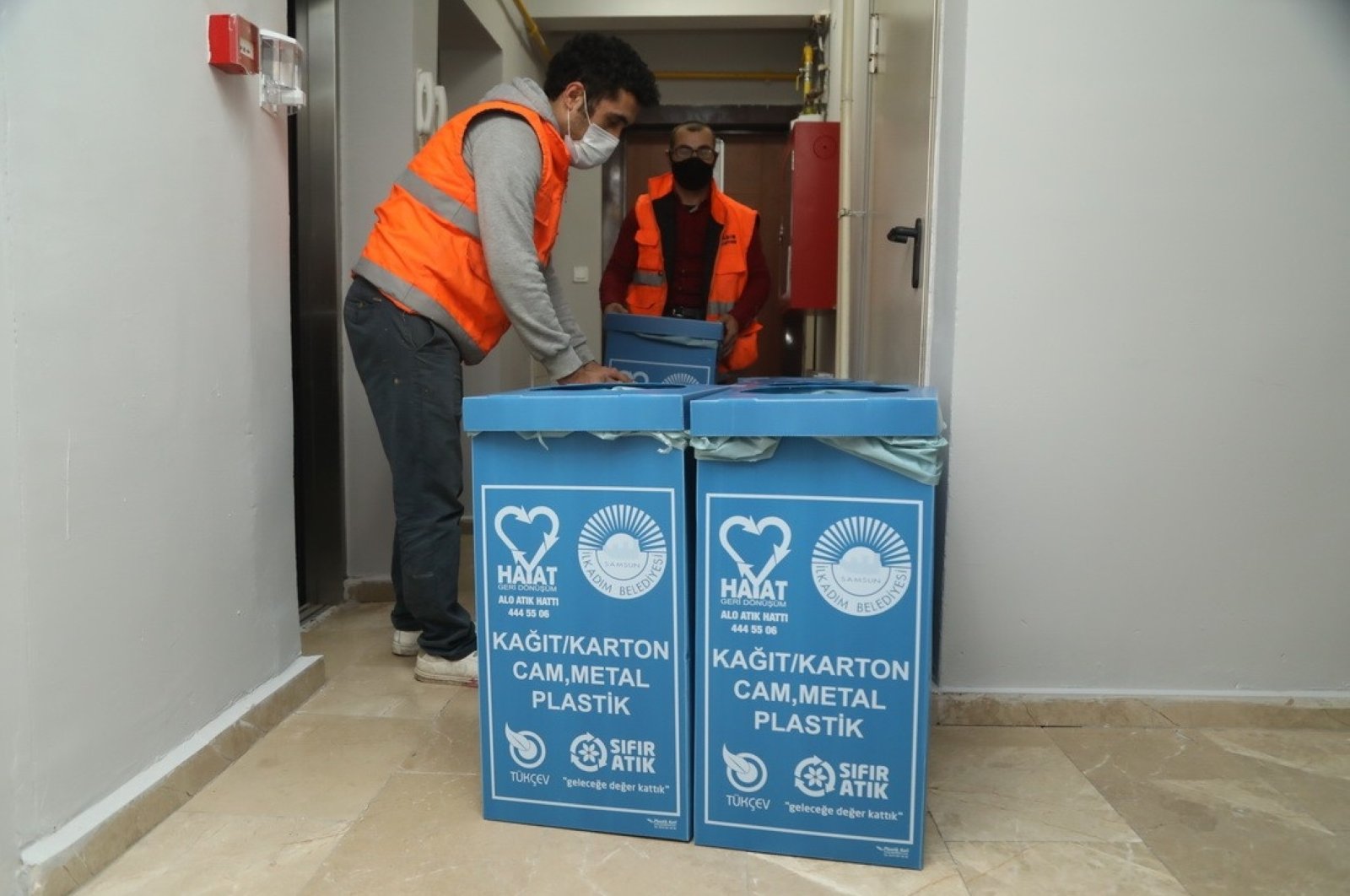 Turkey has updated its recycling regulations with the aim of accelerating the ambitious Zero Waste project. Under the new rules, every building, from office buildings to residential apartments to villas, will have separate recycling bins for glass, paper and plastic waste. Outdoor markets will also be subject to recycling measures to avoid excessive food waste.

The country had adopted a series of regulations for the first time in 2019 for zero waste policies to limit the use of plastic, food and textile waste and to set up recycling points. A Zero Waste project, initiated by First Lady Emine Erdoğan in 2017, has also gained momentum in Turkey, with most public institutions, municipalities and some private companies adopting the recycling program.

Under the updated regulation, outdoor markets, both for customers and retailers, will be required to put in place equipment to store biodegradable waste. Apartment buildings, condominiums, villas and similar residential places will also need to house “equipment” (dumpsters, etc.) for the separate storage of recyclable waste. The authorities will also be responsible for setting up waste storage centers so that the public can dispose of their recyclable waste in other places.

Elsewhere, the government aims to raise awareness of recycling through campaigns promoting the practice and teaching primary school students the benefits of zero waste.

The project received a wide response from public and government agencies and in 2020 some 76,000 buildings, mainly state institutions and municipalities, have switched to a “zero waste” model of recycling everything that is normally used. intended for dumpsters. Finally, Turkey achieved a recycling rate of 19%, up from 13% in 2017.

The country, among the developing economies of the world, pursues sustainable development goals with the help of this project. In a world where the amount of solid waste is expected to reach 3.4 billion tonnes in 2050, recycling remains a major issue. Turkey itself will produce 38 million tonnes of household waste annually over the next two years.

Keep up to date with what is happening in Turkey, its region and the world.

2022-01-07
Previous Post: Keurig to pay $ 3 million fine for false and misleading claims about recycling its K-CUPs
Next Post: Old fashioned recycling was worth celebrating