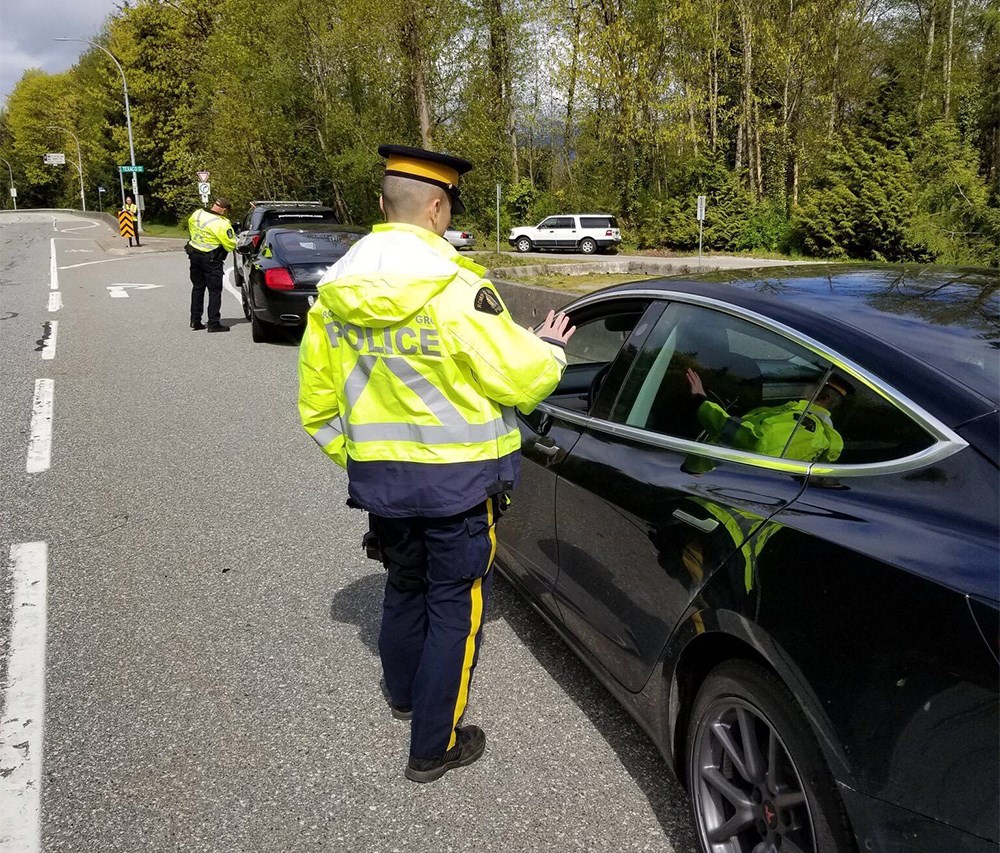 Slow down, move. That was BCAA’s message for Barnet Highway commuters on the last day of April.

Drivers traveling along the Barnet Highway (7A) this past weekend may have noticed a police crew alerting others to their speed on the outskirts of Port Moody.

You may also have seen a particular commuter who received a speeding ticket for almost 30 km/h over the posted limit.

They hit 107 km/h in zone 80 just over the Port Moody–Burnaby border, earning them a $138 ticket and three points against their license.

The offense was one of 24 committed Saturday, April 30 as Port Moody Police (PMPD), Burnaby RCMP and Metro Vancouver Transit Police (MVTP) participated in the BCAA’s Slow Down Move campaign. – most of which were for speeding.

The province-wide initiative reminded all drivers to reduce their speed when a vehicle is seen stopped on the side of the road with flashing red, blue or yellow lights.

The speeds are as follows:

“If traveling on a multi-lane highway, drivers should move into an alternate lane to pass when passing vehicles stopped with a flashing light, when safe to do so,” the provincial government’s website adds.

“This provides roadside workers and emergency personnel with better protection against accidents and injuries.”

According to const. Kevin Connolly, a tow truck with its flashing lights on was used to perform law enforcement on the Barnet Highway between 9.30am and 1.30pm.

“This is unfortunately not surprising, as our officers regularly witness this type of driving behavior while driving on the road,” explained the member of the Burnaby RCMP Traffic Unit.

A total of 63 vehicles were stopped by Connolly’s team, but he adds that many more were seen speeding past.

“Road safety is everyone’s responsibility. By not obeying the law, drivers create an additional risk for everyone working on the road. Take a few extra seconds out of your day to slow down and move around, and do your part to ensuring road safety for everyone.”

One person was sent to hospital while another was ticketed for driving carelessly under section 144.1(a) of British Columbia’s Motor Vehicle Act.

BC Highway Patrol (BCHP) said the main commuter was braking for traffic ahead of him, but two trailing drivers were too close and as a result ran them over.

Crews were forced to close three lanes – including the HOV – while responding to the accident, and a pair of tow trucks were deployed to transport two of the vehicles off the road.