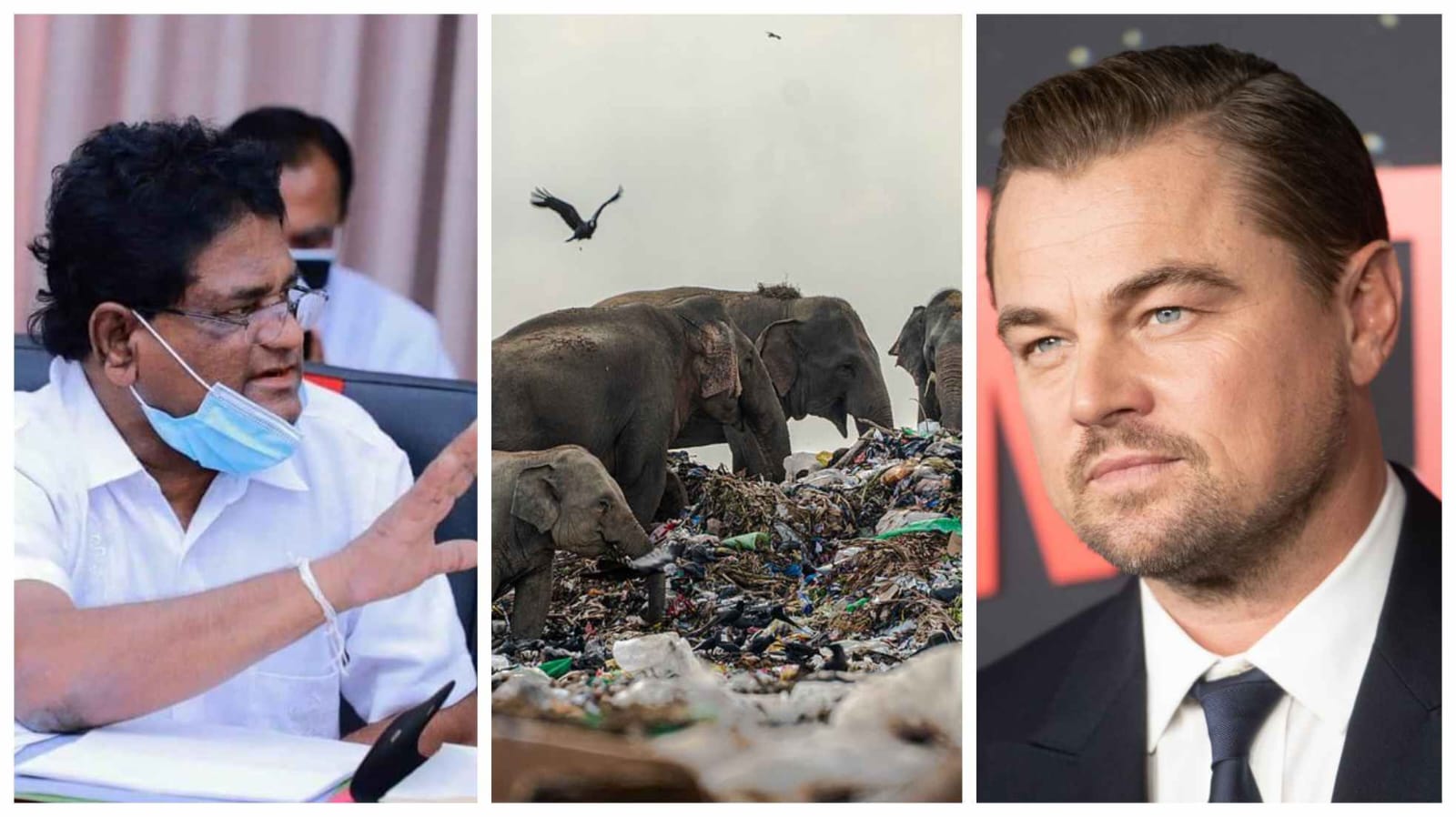 Sri Lanka’s Minister of State for Wildlife Protection, Wimalaweera Dissanayake, said that although trenches need to be dug to prevent elephants from arriving at the dumps, he has not received any funds to carry out the necessary work.

“We recently dug a trench around the rubbish dump but now the elephants have even broken it up, we are doing our best but we don’t have the funds,” the minister said commenting on the dump. ‘Ampara which was recently spotlighted after the Hollywood actor. Leonardo DiCaprio tweeted a story about it.

He said that some officials as well as institutions were obstructing the digging of trenches and that some environmental organizations had filed lawsuits against him in this regard.

Saying he has done his best to prevent elephants from entering villages with available resources, the minister said: “You have to ask the white man for details. Don’t ask me,” Hollywood actor Leonardo DiCaprio replied of the recent hype around the dump.

The story shared by the Hollywood star revealed that around 20 elephants have died in the last eight years after consuming plastic waste at the dumpsite in Pallakkadu village in Ampara district. (NewsWire)