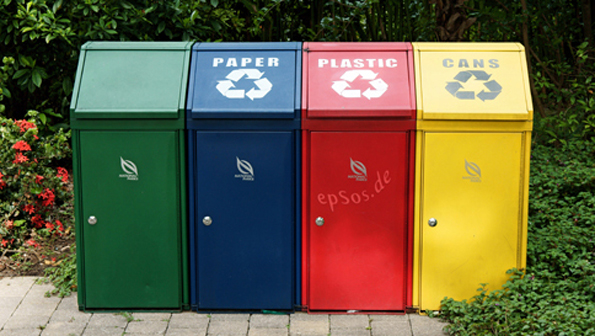 The Recycling Partnership was created with one goal in mind: to create a true circular economy around the world to end overflowing landfills.

In its 2022 Impact Report, the organization breaks down all of the individual successes it has influenced so far. By examining each of the aforementioned facets of the waste reduction issue, the report proudly boasts of incredible strides towards their goals.

Diving first into their work supporting communities, The Recycling Partnership looks at a few areas where their work has pushed different states and cities toward their own recycling-focused goals. The organization cites its work in Michigan, Orlando and Baltimore in its efforts to achieve higher recycling rates.

Michigan has released a statewide goal to increase recycling rates in the state from 14% in 2019 to 45% by 2030. To help them achieve this goal, The Recycling Partnership worked with local materials recovery facilities (MRFs), haulers, solid waste management authorities, and environmental nonprofit organizations to reduce contamination through recycling and provide resources.

Using the collaborative strategy, The Recycling Partnership was able to leverage its Feet on the Street program to provide 400,000 recycling bins statewide and reduce recycling contamination levels. This, in turn, will allow recycling rates to increase as less material is discarded.

The report also explores another target area of ​​the Recycling Partnership – FRMs.

According to a study conducted by the Can Manufacturers Institute (CMI), up to 25% of aluminum beverage cans are missorted in a typical MRF. The Recycling Partnership has identified this gap as a way to move the industry towards its own goals for high recycling rates.

To contribute what they can to this initiative, “The Partnership has launched an MRF Aluminum Beverage Can Capture Grant Program to invest in eddy current separators, robotic sorters, other equipment and l process improvement to capture more cans during the sorting process,” the report states. ,.

This grant program has since endowed five sizable grants to companies that meet the criteria, enabling them to reduce the amount of missorted cans, recycle more materials and move towards circularity.

A big facet of The Recycling Partnership’s work is to correct human behavior to enable people to recycle, and not just that, but to recycle properly.

To achieve this, the organization launched the Center for Sustainable Behavior and Impact, whose main goal is to provide as much education as possible on the subject of recycling while paying great attention to its accessibility. With the hope that this access to education will increase consumer recycling rates, general access to appropriate recycling programs cannot be overlooked.

Currently, 40% of all Americans do not have equitable access to recycling, and the Center aims to make “measurable change by leveraging our national recycling database, including targeted pilots of the newly launched chatbot , community partnerships, proven recycling education and an established track record of improving local recycling programs.

Seeking to measure impact, the organization has set several goals, including the following; “recovering and collecting more than a billion pounds of new recyclables each year, turning thousands of packaging items into recycling, and
reduce tens of millions of pounds of packaging through improved designs.

Although they are excited about the progress made so far, they are still not satisfied. The Recycling Partnership plans to continue its efforts across all of its target categories and further utilize its cooperative strategy to accomplish large-scale recycling change,