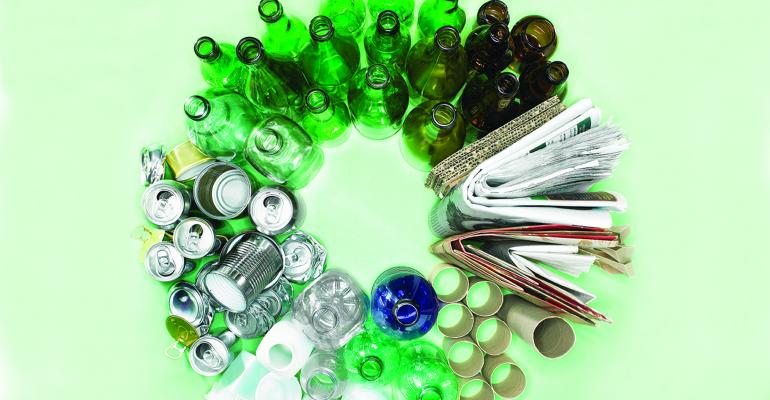 No one should be surprised by the rising and falling prices of our recyclables. After all, they are raw materials subject to the vagaries of the economy. Unlike recycling markets, today’s economy does both at the same time. The Washington Post recently described him as “change of shape” because the economic data is so contradictory. In August, eight days after we learned that we had two consecutive quarters of declining economic growth (which is the definition of a recession), employment data showed tremendous job growth. We were back to pre-COVID levels. Housing starts are down, construction jobs are up and inflation is an inescapable reality. What’s going on?

Recycling markets began to react to economic news in mid-May when plastics and metals recycling markets began to weaken. They slipped more in June and July. So far in August, several plastic markets, including PET, have continued to decline. Fortunately, paper recycling markets were strong throughout the second quarter and into July. Unfortunately, the markets for old corrugated containers (OCC) and residential mixed paper (RMP) fell during the first week of August. These are the pillars of curbside recycling programs. Their strength in the second half of the second quarter supported the average value.

The NERC report is a “lagging” economic indicator. It reports what happened but does not predict what may happen. Recycling markets, however, can sometimes be leading indicators of where the economy is headed, or at least where buyers think. Manufacturers who see the prospect of increased sales need more raw materials and more packaging to ship their products. The reverse occurs when lower sales are expected.

We’ve been through this from top to bottom in the first half of this year. PET hit a high of 40.64 cents per pound in May (all domestic price data in this column is from RecyclingMarkets.net). Its price always rises in the spring, as beverage companies place their raw material orders for all the soda and water bottles they intend to sell in the summer. Their orders drop before the temperature cools. These companies may also have been struggling to meet their recycled content targets for this year. Nevertheless, the price was unsustainable.

Seasonal demand isn’t the only thing depressing PET markets. Fiber companies that use old PET bottles to make carpets and other products are cutting back on purchases. They anticipated lower sales in a weak economy. As a result, MRF warehouses began to fill with empty bottles. Because MRFs don’t have a lot of storage space, they have to empty them. Sellers had no choice but to accept lower prices. PET prices fell to 14 cents at the end of July and then to 10.31 cents in the first week of August. That’s a drop of 30.33 cents in three months.

As for paper, its recent weakness no doubt reflects uncertainty about the evolution of the economy. Export markets are weak, factory inventories are high, and downtimes are long. When the manufacturing activity index reached the same low as two years ago and when major big box retailers such as Target and walmart say they have too many unsold items, who needs new boxes? Mixed paper is particularly vulnerable because its quality is not as consistent as that of OCC. Both fell in early August, with the price of mixed paper nearly halving. Yet in both cases, the latest national averages ($114.06 for OCC and $44.06 for RMP) are well within the normal range. Best of all for curbside recyclers, paper’s drop is considerably less in percentage terms than PET.

Inflation seems to have curbed the trend of plastic recycling. For example, natural HDPE bottles saw their value skyrocket last year. Brands making non-food contact consumer products such as shampoos or detergents find translucent natural bottles easy to use for their colored bottles. Last year’s high of $1.08 per pound has now fallen to 45.5 cents per pound. Buyers may have decided that higher prices only added inflationary pressure to their products.

All of this will pass. Prices are expected to remain low for the rest of the year and improve next year. Recycling markets sometimes look like elevators and sometimes more like moving walkways. The latter is what we want, as long as it is at a reasonable altitude.

2022-08-15
Previous Post: Plastic bottle recycling project for Bulawayo
Next Post: ‘I want us to be the Disney of junk!’ • International recycling