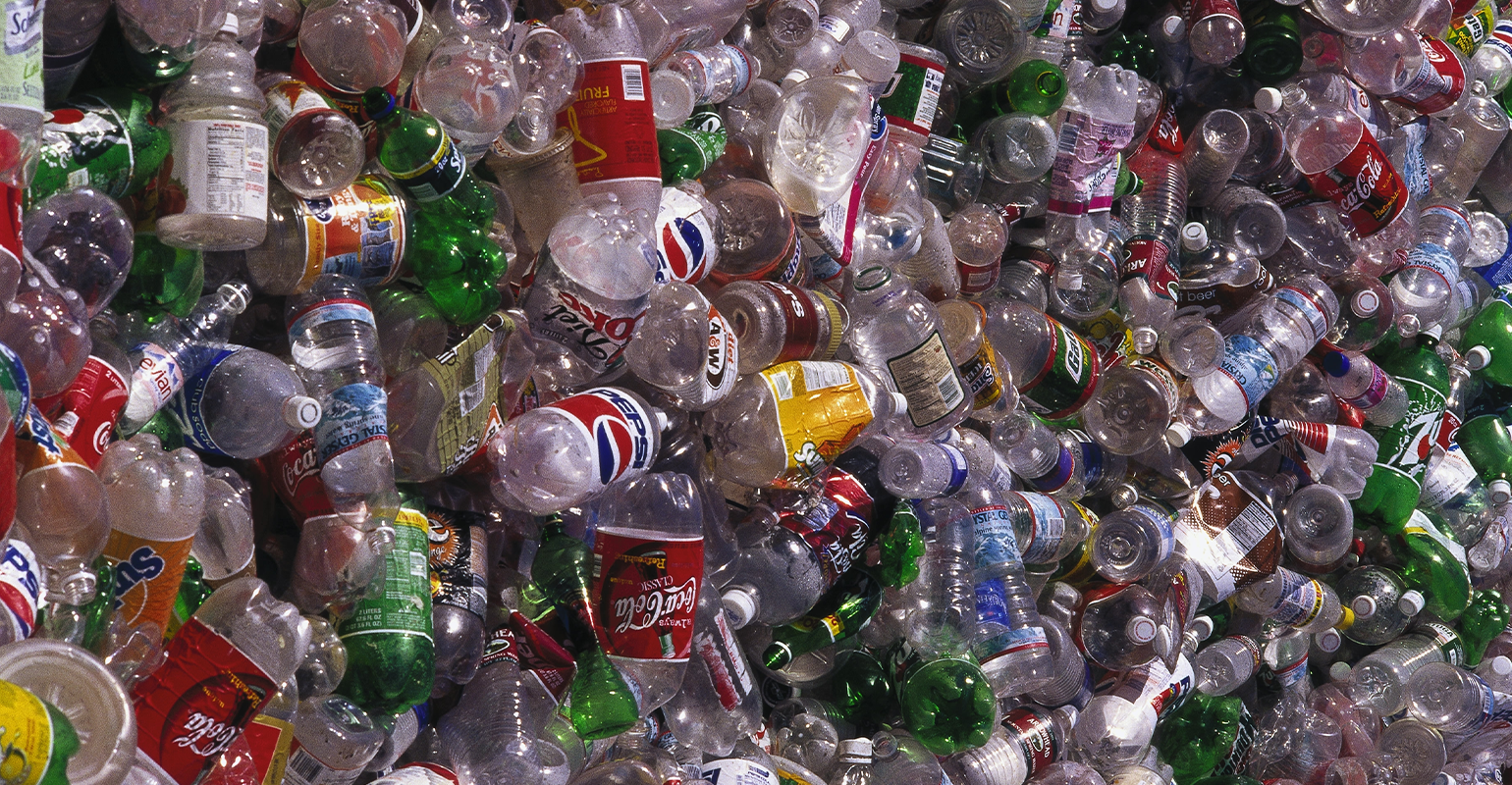 Recycling itself cannot solve the problem of plastics

The Royal Statistical Society (RSS) in England announced in December 2018 that the international winning statistic of the year was 90.5%. This number represents the proportion of plastic waste that has never been recycled based on an article titled “Production, Use and Fate of All Plastics Ever Made”. RSS Executive Director Hetan Shah said the statistics reflect the zeitgeist of 2018. On the contrary, the plastic statistics appear to have reflected a growing concern over plastic waste.

This overall figure is not well known. It does not distinguish between countries. Despite this, the current number of plastic recycling in the United States is coincidentally close to 9%. The overall figure also doesn’t distinguish between types of plastic — whether it’s a plastic drink bottle, a cell phone case or a bicycle helmet. Instead, it is a calculation of all plastic generated since 1950, or 8,300 million metric tons (Mt). From this number, he subtracts the quantity that is still used, ie 2500 Mt as well as the quantity that has been discarded or incinerated, ie 5700 Mt. He also indicates that approximately 600 Mt has been recycled.

At first glance, the numbers do not match. If a total of 8,300 Mt were generated and 5,700 Mt were discarded or incinerated and 2,500 Mt are still in use, this leaves only 100 Mt unaccounted for, not 600 Mt. This discrepancy can be explained by the fact that plastics cannot be recycled endlessly. Depending on the source, plastic can be recycled up to ten times or as little as 2-3 times. Of the 600 tons of plastic that have been recycled, most of it has since been thrown away or incinerated.

Also, most plastic packaging is not recycled into the same product. For example, in the United States, only a small amount of PET is recycled into food and beverage bottles. The main end market is fiber. Similarly, less than half of HDPE is recycled into bottles. Pipes, lumber, lawn/garden and other outlets take the rest of the recycled HDPE. Since, while conserving resources, much plastic recycling is not circular.

What is plastic waste in the United States?

More recent reports question whether recycling is even at 9%. The Last Beach Cleanup estimated that 5-6% of plastic is recycled. Given that the public wants to recycle more packaging, this figure can be disheartening. However, it needs to be put into context because plastic is more than just packaging and yet most people only think of packaging.

Of the plastic waste, around 38% was durable goods. The EPA defines durable goods as products with a lifespan of three years or more. This includes items such as appliances, furniture, carpets, consumer electronics, sports equipment, and luggage.

Another 21% involved non-durable goods. Non-durable goods are products with a lifespan of less than three years, but not packaging. Non-durable goods include plastic plates, cups and cutlery; disposable diapers; clothes and shoes; and garbage bags. Disposable nappies and trash bags are unlikely to be recycled anytime soon. In examining the textiles, the EPA found that significant amounts were reused, but these numbers were not included in either the waste generation or the recycling figures.

While plastic bottles are almost always recyclable in the curbside bin, confusion stems from messages about other plastics. The public often goes directly to their local municipality for information on what can be recycled. The following table shows what the largest cities in the United States accept.

But given the limited attention span, most people access recycling information from labels on packages. Unfortunately, the recycling symbol, characterized by a triangle of chasing arrows, which is useful for paper and cans, instead creates further confusion with plastic. Rather than using the recycling symbol to indicate that a material is recyclable, plastic packaging uses a resin identification code (RIC) with numbers ranging from one to seven. Because the public understands the symbol of recycling paper and cans, he often mistakenly assumes that the symbol indicates that the packaging can be recycled in his collection bin.

However, eliminating RIC from plastic packaging is not easy. Many states require the RIC to be on the package. This is slowly changing with changing requirements from Washington, Oregon and California in 2021.

Plastics in the environment

Part of the reason plastic waste is the zeitgeist of our times is that people are bothered by how often plastic is found in the environment and the damage it can cause. Twenty years ago, Bangladesh became the first country to ban single-use plastic bags after discovering they made flooding worse by clogging drainage infrastructure. South Africa, where the plastic bag has been cheekily dubbed the “national flower”, soon followed. A total of 94 countries now ban plastic bags and another 54 have imposed taxes, partial bans or other restrictions on plastic bags.

A significant portion of mismanaged plastic can end up in the ocean. Reports suggest that up to 2.75 Mt of plastic waste is dumped into the oceans each year by rivers around the world, with eight rivers in Asia and two in Africa accounting for 93% of the total.

Compared with other materials, plastic is the main material in the environment. According to Ocean Conversancy’s beach cleanup data for 2020, plastic makes up the vast majority of materials occupying seven of the top ten spots. Plastic grocery bags take the 6e spot and straws and stirrers, a frequently banned item, takes 7e place. Plastic beverage bottles (#2) and plastic bottle caps (#5) would outgrow cigarette butts (#1) if taken together. Seeing plastic in the environment triggers public outrage and a strong desire to rectify the situation.

And more and more, the public discovers that what happens comes back. Research indicates that people consume up to five grams of microplastics each week from water, shellfish, beer, salt and other foods. This was compared to ingesting approximately the equivalent of a plastic credit card each week.

Many countries that contribute to ocean plastics were destinations for recyclable plastics from the United States. Since the processing of recyclables is expected to result in material losses, concerns have been raised about the possibility that these materials may enter the environment. Environmental organizations have pressured US waste management companies to stop exporting recyclable plastics. Most have pledged to end plastic exports from North America. However, Canada and Mexico remain common destinations.

Manufacturers choose plastic packaging over other materials for a variety of reasons. Plastic is flexible and lightweight and inexpensive. These factors can provide environmental benefits that are greater than recycling. Environmental factors include such things as the implications of climate change, acidification and water consumption.

In 2020, Sphera conducted a life cycle analysis for Ball Corporation of common beverage containers to assess which had the best environmental footprint. When comparing several environmental impacts, the non-carbonated PET bottle had the lowest impact. Should these factors trump recycling when considering packaging?

What is the solution to prevent plastics from entering the environment?

Similar to the plastic bag ban, many organizations are reconsidering the need for plastic products. The US Plastics Pact has compiled a list of problematic and unnecessary materials that members have pledged to take action to eliminate by 2025. These include plastic cutlery, stirrers and straws that are not reusable, not recyclable and non-compostables, PVC, polystyrene, black plastics. and plastics with PFAS.

For plastics that continue to be made, efforts can be focused on the circular of plastic recycling. Minimum content mandates for plastic packaging help maintain the circularity of the material. California’s AB793 from 2020 does this on a phased basis starting this year with a 15% requirement. In 2025, the requirement increases to 25% and in 2030, it jumps again to 50%. Similarly, New Jersey’s new minimum content law passed earlier this year requires 10% recycled content by 2024. And earlier this year, the Northeast Recycling Council (NERC) shared a model bill on the minimum content. These efforts will increase demand, driving recyclable plastic into circularity, rather than the alternative markets that currently prevail.

But recycling alone cannot solve the problems. As noted, even if recycled, plastic cannot be recycled endlessly. When it reaches its end of life, it will need to be managed appropriately to keep it out of the environment. Environmentally sound solid waste management systems must be supported to ensure the protection of our oceans and our ecology. Until the remaining 90.5% of plastics can be recycled, waste-to-energy and landfills are necessary to protect our oceans.

2022-06-14
Previous Post: Is Corpus Christi getting better at recycling? Here’s what we found.
Next Post: Pacific NW program developing a diverse pool of transport candidates