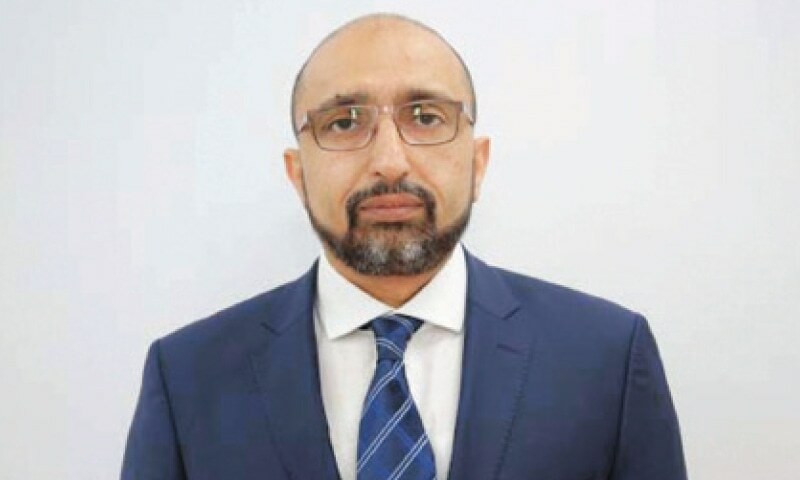 Awais Bin Nasim knows that you can’t win every battle in life, and you shouldn’t be trying to win. But the battle he is determined to win is about creating a socially and environmentally sustainable value chain around his company’s main product: cardboard packaging for liquid foods.

A mechanical engineer with a degree in business administration from Lahore University of Management Sciences, Mr. Nasim heads the operations of Swedish liquid food packaging and processing giant Tetra Pak in Pakistan as a as Managing Director for about two years. Prior to his rise to this post, he had also served as the firm’s director of operations in the Greater Middle East and Africa region.

“In Pakistan, we managed to recycle 41% or 26,000 tonnes of our total annual production, which amounted to nearly five billion boxes last year. Next year, we hope to recycle 28,000 tonnes of cardboard waste. The global recycling average for our company is around 26 pc. Pakistan ranks among the top 10 countries out of 190 countries where Tetra Pak operates, ”he says, proud of the sustainability initiative launched by Tetra Pak almost 15 years ago.

In Pakistan, we managed to recycle 41 pc or 26,000 tonnes of our total annual production, which amounted to nearly 5 billion boxes last year.

“We have partnered with two recyclers in Lahore and Karachi for this purpose and have developed a demonstrable, scalable and financially sustainable recycling model,” Mr. Nasim, who has over two and a half decades of experience leading operations and business development in companies like Engro. , Dadex and Tetra Pak, elaborates.

“We support them in collecting cardboard boxes and marketing the products they manufacture from cardboard waste. They are small businesses and they cannot do without our support.

Recyclers have developed a technology to separate paper, aluminum and polyethylene from cardboard boxes. The paper is used in making corrugated cardboard and aluminum and polyethylene to make roofing tiles and slabs that give you thermal insulation of 10 degrees Celsius. In addition to that, they produce cabins, garden and park furniture and swings. These products are now in great demand due to their quality and durability.

Mr. Nasim is right when he says that the success of sustainability initiatives largely depends on the profitable economic activity around them. For example, he says, the billion-tree tsunami initiative must be linked with commercial activity to replace the importation of cardboard and pulp. The government must try to promote the concept of commercial forestry. “Any initiative to increase reforestation that has no economic activity related to it will fade. “

The challenges of recycling

The biggest recycling challenge in Pakistan is the lack of waste management and sustainability initiatives. Thus, recyclers in Pakistan face enormous difficulties in collecting cardboard waste and it starts at the points where this packaging is emptied: in homes, restaurants, etc. , etc. – in our country, everything is poured out, deployed and collected as one. As the collection begins in a bin, this increases the cost of recycling 2-3 times as it makes sorting waste extremely difficult.

It also affects the quality of recyclable waste; our cardboard packaging starts to decompose, if it is not sorted from the landfill, after three days, after which it cannot be recycled and must be landfilled, ”explains Nasim.

“Next, we don’t have a legal framework around waste recycling in our country. This makes it almost impossible to create a profitable economic activity around the recycling of waste. Tetra Pak is able to recycle a significant amount of its waste because we have built a profitable business around it over the past 10 years or so. The legal framework and infrastructure are essential for generating viable business models and economic activities around sustainable development initiatives. The government should pass a law. When the government says you can’t dispose of all solid waste in one bin, consumers will start sorting the waste. Until then, why would we invest the extra money in waste disposal? “

Now recyclers are approaching housing companies and asking them to separate solid waste and send it for recycling.

“No one asked us to take this sustainable development initiative because there is no law in Pakistan. We do this because of our social responsibility.

Mr. Nasim says his company is working closely with other industry stakeholders as well as the government to develop legislation and regulations and raise awareness of its sustainability initiative.

“Everyone is trying to do something. We have now formed an industry alliance, which is also working closely with the government to address the issues of waste recycling. But the problem on the ground concerns the construction of collection and recycling infrastructure. There is unanimous agreement from the industry that we must all come together to meet recycling needs; how that will turn out is the challenge. That’s why we need a law on it because, in its absence, it’s very difficult for people to follow – or for industry to implement.

“If anyone thinks change can be made overnight, they are grossly mistaken. We need laws, regulations and initiatives that can help create economic activity around sustainable development initiatives, and help us move forward in phases, ”said the CEO.

Mr. Nasim rightly says that no one can do it alone. “We are doing our part but it is not enough. What we are saying is that let’s solve the problem by starting with the waste collection, the sorting of waste, and not the landfill of the collected waste in landfills which create an environmental challenge and generate no economic activity.

“Neither government nor the private sector can do it alone. It must be a collective and collaborative effort that takes into account solid waste and not just food cartons or plastic. But the role of government is crucial in providing infrastructure and an environment where the transition to social and environmental sustainability can take place gradually. But the impetus must come through legislation and regulations on waste disposal. ”

Posted in Dawn, The Business and Finance Weekly, December 13, 2021

2021-12-13
Previous Post: Recycling bins offered for the Osceola High competition
Next Post: From the MRF: Appropriate recycling and disposal during the holidays