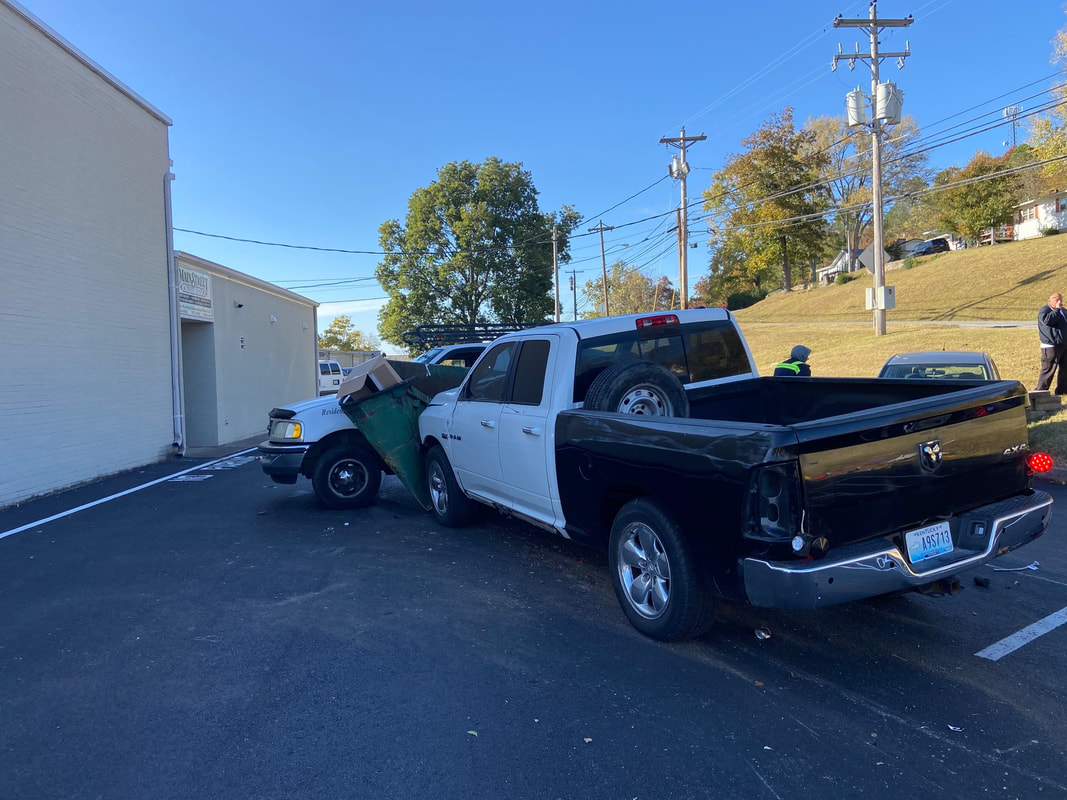 Scene of a parking crash at the Main Street Center on October 17, 2022.

Darren Doyle, story:
Tragedy was narrowly averted in Brownsville yesterday when a pickup truck veered off the pavement into a parking lot, crashing into a dumpster and two other vehicles, Brownsville police say.

Brownsville Police say Stephen Brown (58) of Plano was heading north on Washington Street just past City Hall when he apparently suffered a medical episode that caused him to turn his truck aside. left of the roadway and enter the rear parking lot. lot from the center of main street. 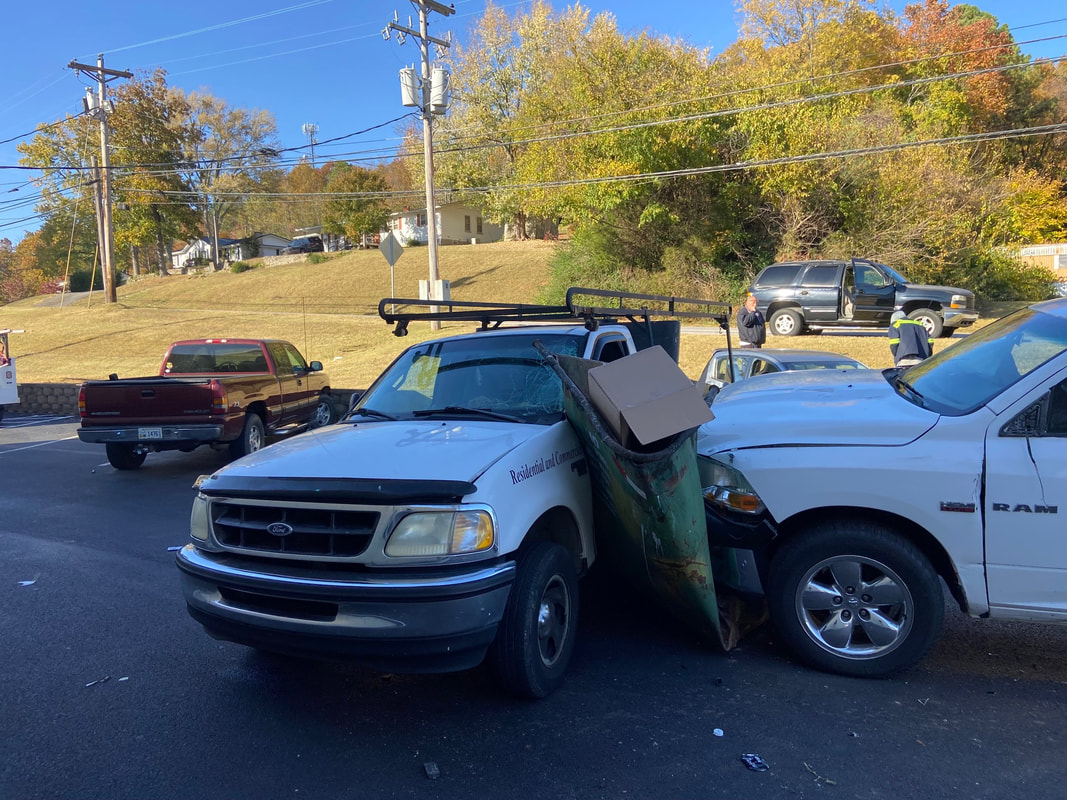 Scene of a Main Street Center parking lot crash on October 17, 2022 with a better view of the flattened dumpster.

Police say Brown’s Dodge pickup truck first crashed into a power pole shroud in the DAV parking lot and then into the Main Street Center parking lot where the truck first hit a dumpster . Police say the dumpster was smashed into the side of a parked C&A Plumbing van where Trevor Roof (22), a C&A employee, was in the bed of the truck, cleaning him into the dumpster . Police say another C&A employee, Travis Graham (33), stood on the other side of the truck and narrowly missed being pinned between the truck and a parked Nissan Versa. The C&A truck slammed into the Versa, knocking Roof and Graham to the ground, police said. The owner of the Versa was also standing nearby but was not reportedly injured.

All three people involved were taken to hospital via Edmonson EMS with non-life-threatening injuries. The Brownsville Police Department worked on the incident and members of the Brownsville Fire Department assisted at the scene.