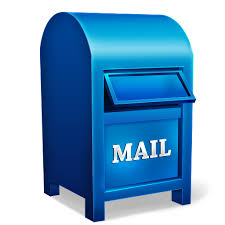 Police issue warning over mailbox thieves, graffiti at SHS and a stolen Audi

Police issue warning over mailbox thieves, graffiti at SHS and a stolen Audi

This is from Scarsdale Police:
On Tuesday, March 15, 2022 at approximately 3:29 a.m., a Scarsdale police officer noticed that a busy vehicle on School Lane had stopped at a stop sign for an extended period. When the officer approached, the vehicle sped away at high speed, hit a tree and continued to drive away recklessly. Officers located the abandoned, empty vehicle a short distance away. A check of the area for occupants yielded negative results.

Further investigation revealed stolen mail from multiple jurisdictions inside the abandoned vehicle, as well as materials, a belt and sticky rat traps, used to ‘fish out’ mail from mailboxes. The vehicle was seized and processed. The United States Postal Inspector has been notified. This incident is currently being investigated by Scarsdale detectives.
If anyone has further information on this incident, please contact the Scarsdale Police Investigations Section at 914-722-1200.

Since late fall 2021, there has been a spike in mail thefts across the county and in Connecticut immediately north of Westchester County. Thieves steal mail, access content and when checks are discovered, they are forged.

As a reminder to the community, avoid leaving mail in your mailbox if the mail contains checks or banking information. Do not put the “flag” on your home mailbox in the raised position – this warns thieves that mail is inside. Don’t leave banking or sensitive information in your recycling bin for thieves to exploit – shred that information securely. Check your online banking activity daily to be on the lookout for suspicious or fraudulent activity. If you need to send a check, mail it to your local post office.

Graffiti
Graffiti was found in the fourth-floor boys’ restroom at Scarsdale High School on March 10. The graffiti consisted of hate speech and is being treated as an incident of bias.
After learning of the incident, patrol officers responded to the scene, spoke with staff and observed the graffiti. The SPD’s Investigations Section has launched an investigation into the source of the graffiti and the Bias and Hate Crimes Division of the Westchester County District Attorney’s Office has been contacted. Anyone with information regarding this incident is asked to call the Scarsdale Police Department Investigation Section at 914-722-1200.

Car break-in attempt
A person dressed in black was observed, via a doorbell camera, walking down a driveway on Secor Road and trying to open the door of the resident’s parked car. The door was locked and the person walked away.

Disputes
Two residents of a Post Road home got into an argument over food distribution on March 7. The police mediated the dispute and the residents agreed to stay away from each other.

A Post Road resident of a group home reported that a housemate had moved some of her groceries and then brought them back to their original location on March 10.

On March 12, two sisters from Colvin Road were arguing over documents and police advised them to follow up civilly.

Mistrustful
A person with a hammer in his hand was reportedly lying on Post Road on March 7. Police asked the man if he needed help and he said he was walking to meet friends in Eastchester. The hammer appeared not to work and was thrown away.

A Catherine Road man reported finding a basement door ajar on the same day his burglar alarm was activated on March 8. Police investigated the home and found no signs of criminal activity.

At 2am on March 10, a woman in Broadmoor Road reported that there were two men outside her door. She said her dogs started barking and the men left. She doesn’t remember if the men knocked on the door or rang the doorbell. The police recorded the incident for additional trips.

A car reportedly entered a circular driveway on Grand Park Avenue and drove off when the owner spotted the van.

Police removed a hubcap from Crane Road and Church Lane and dumped it on March 11.

To help
On March 10, police carried out a wellness check on a man from Nelson Road. The man was fine.

Police have returned a truck driver and his passenger from Palmer Avenue to the scene of an accident involving his truck hitting an overpass bridge on March 10.

Police picked up broken glass from a gutter on Sherbrooke Road on March 7.

Workers removing leaves were parked in a no parking zone on Crane Road on March 7. The police issued a parking order for the parking lot.

Police closed the Hutchinson River Parkway entrance due to a fallen tree on March 7.

A tree branch fell on Brewster Road and removed wires on March 7. Con Edison has been notified.

A fallen branch pulled down wires on Heathcote Road on March 8. Con Edison has been informed.

Con Edison was notified of a branch leaning on wires on Wayside Lane on March 8.

The Highways Department was notified of the glass breakage on Post and Olmsted roads on March 8.

Police asked workers to move their cars from a no parking zone on Sycamore Road on March 11.

On March 11, police issued parking orders to a parked car, registered to an NJ resident, left on Axtell Road for several days. The police contacted the registered owner and advised him to move the car. It was apparently left there by the owner’s brother’s girlfriend while the girlfriend was away.

Police received a false report of a gray Kia chasing a pedestrian on a Post Road sidewalk on March 11.

Three car accidents were reported in the Village this week.

Animals
A loose Labradoodle with a collar was observed eating rubbish on Myrtledale Road on March 12. The police caught the dog and returned it to its owner. The owner received a summons.

Two loose dogs were reported in the Village on March 13; however, police did not see the dogs when responding to the areas.

Municipal code
Police issued a subpoena to a landlord in Cooper Road for leaving a dog to bark loudly outside for about 20 minutes causing a noise nuisance on March 10.

Lost and found
On March 8, a caller from Chesterfield Road reported that the lower grille of his car had been stolen. The last time she saw her was March 6. Police advised her that the cover may have been lost while she was driving on March 6 or 7.

Car keys were found on Walworth Avenue on March 10. The police returned them to their true owner.

Firefighters
On March 8, firefighters attended a car accident on Grand Park and Griffen avenues. A fire hydrant was damaged and an occupant was taken to hospital by the Scarsdale Volunteer Ambulance Corps.

On March 8, firefighters discovered a gas leak three feet away in a basement on Chesterfield Road. Firefighters informed and stood by for Con Edison.

On March 8, a seized air handler was causing hazing, smoke and odors in a basement in Oxford Road. Firefighters cut power to the unit and advised the owner to call for service.

On March 10, an accidental activation of sprinklers in a stairwell at the Ambassador on Saxon Woods Road was caused by a malfunction. Firefighters were able to trace the possible problem to an air compressor. Firefighters shut off the water to the alarm, allowing the system to reset and remain fully functional. Firefighters advised employees to have the system repaired.

On March 12, firefighters checked a circuit breaker at a Harvest Drive home after a power line fell on Harvest Drive. Firefighters recorded the affected area around the fallen line and stood ready for Con Edison.

On March 13, firefighters stood by for Con Edison at the site of a Horseguard Lane gas leak.

This report covering police and fire department activity from March 7-13 has been compiled from official information.

This police report is sponsored by Scarsdale Security which does more than security. Contact them about remote video for your home or business. Call 914-722-2200 or visit their website.