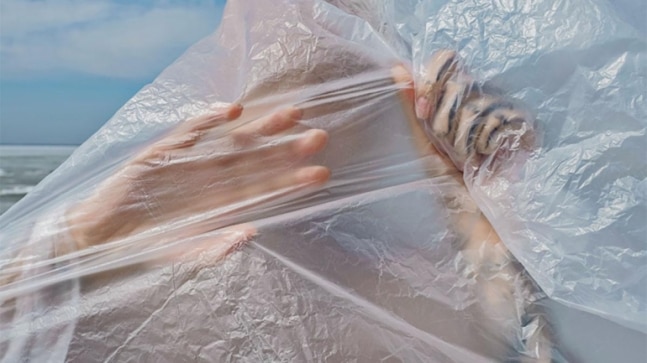 We need to know what we are up against – how immense the challenge ahead is – as we look at India’s ban on single-use plastic which came into force on July 1. Anyone who’s been to the beach and received a message in a bottle knows that’s tough. The bottle is plastic. Water too, almost. This is the message. The bottle may seem tiny compared to the vast sea, but have you ever heard of trash vortices? The largest, the Great Pacific Garbage Patch, is estimated to have an area of ​​1.6 million square kilometers – a floating bridge of semi-dissolved waste between California and Japan. We have one in the Indian Ocean, polluting the blue waters between South Africa and Australia. Scientists called it a “thin plastic soup”.

We need to know what we are up against – how immense the challenge ahead is – as we look at India’s ban on single-use plastic which came into force on July 1. Anyone who’s been to the beach and received a message in a bottle knows that’s tough. The bottle is plastic. Water too, almost. This is the message. The bottle may seem tiny compared to the vast sea, but have you ever heard of trash vortices? The largest, the Great Pacific Garbage Patch, is estimated to have an area of ​​1.6 million square kilometers – a floating bridge of semi-dissolved waste between California and Japan. We have one in the Indian Ocean, polluting the blue waters between South Africa and Australia. Scientists called it a “thin plastic soup”.

First of all. The ban is a small step – in fact, too small – but a crucial step forward for India. Even in its limited form, prohibition can at least make us think… and move. It aims to list and ban objects of daily use that we use only once and then throw away. It’s a terribly incomplete list, but for starters, we’ve got those flimsy plastic cups you get at roadside kiosks, straws you never hesitate to throw away after you’ve finished your cool drink – and yes, those ubiquitous carrier bags, anything less than 120 microns thick, by December 2022. Out of our hands, they remain ubiquitous, flying through our streets like ghosts, seeping into the soil of landfills or choking our sewers, only to be swept away by our rivers into the seas, poisoning everything they touch. The Ganges ranks 6th in the world for plastic discharge into the seas. The Indus is number 2. In the sea they often find decades-old toothbrushes, but most plastic does not retain its shape: it breaks down into its constituent polymers. It’s the “plastic soup” that gets into the fish, into you, into everything.

Second, we must recognize – despite all the industry’s sense of apprehension and resistance – that the list of prohibited items is not comprehensive enough. If our goal is really to get rid of all single-use plastic items, the list should probably include multi-layered packaging. It’s the ever-present devil who comes to us covering virtually every fast-moving consumer good, from crisps to shampoo to packets of gutka. Make no mistake: this is the real threat when it comes to plastic contamination. It is almost impossible to collect and therefore absolutely impossible to process. The only thing that can be done with it is to incinerate it in cement works, which almost never happens. How do we know? Because the rare in-depth study of the type of plastic found in landfills invariably reveals it. Remember that when you grab the few chunks of spicy potato inside that piece of colorful yellow plastic.

OWhat do we have to do ? Two simple steps, covering all non-specialised forms of plastic used occasionally, almost half of what is produced. First, even the last carry bag and the last bundle of headphones and chips have to be collected. Second, this plastic waste, once collected, must be recycled or incinerated – under no circumstances should it be allowed to end up in landfills or bodies of water. Incineration must obviously be done with respect for the environment, not end up creating more pollution or health risks for workers. Here we have the added burden brought by Covid-19, which has – unfortunately, so inevitably – meant an explosion of plastic among us, even more standardized in the form of protective gear, from gloves to coveralls.

The collection itself is a notoriously difficult task. Take carrier bags, for example. Banning them is nothing new – some 25 states and union territories have already banned them altogether. But we know how it works in practice. Thickness, in particular, is a concern: governments and regulators are taking the easy way out, saying it’s hard to judge and regulate. Enforcing this seriously will be our greatest challenge – the decisive element in this battle.

The other challenge is determining responsibilities. The government is making well-meaning noises – evidenced by Prime Minister Narendra Modi’s powerful call on I-Day 2019 for Indians to kick the ‘plastic habit’. Now, all packaging materials are supposed to be part of “extended producer responsibility”, where manufacturing (or consumer) companies are required to collect the amount of waste they generate and ship it for reprocessing. There are annual objectives. Seems to work like clockwork…in theory. In reality, the quantum of plastic produced/consumed by the industry is only measured by them. Nothing is available in the public domain to allow us to assess the accuracy of what they claim. So the EPR system is hollow, even ignoring the alarming fact that they have a generous two-year window to recycle the waste they produce today.

What plays while waiting? Half-solutions that only serve to hide the truth. During a visit to an approved agency, commissioned by companies to collect waste on their behalf in order to achieve their EPR objectives, I saw the waste brought in by municipal trucks being put on conveyor belts and being sorted . Reusable materials – aluminum and others – were returning to the market. In the end, they found themselves struggling with mountains of neatly sorted plastic that had nowhere to go: transport to the cement incinerators was too expensive for them. Multi-layer packaging and pouches were the mainstay. The agency lacked space.

Further down the value chain of large corporations – and most of the middle class – are the millions of people in the informal sector who manage to find options for reusing plastic. Our true warriors of waste, who at least shift the burden onto the planet. Beyond that you have the recycling “factories” – a Dickensian world where more poor people work in appalling conditions to atone for our sins. Inside one in Bawana, an industrial locality in Delhi, the plastic separated into types is first cleaned in vats, boiled, heated and run through coils until it becomes like iron wire. This is then shredded into plastic pellets that take on new shapes before reaching you again.

Ensuring we insist on recycled plastic as a strict policy is part of a deal we need to make with the future. The other is to think local: The richer countries dumped their dumpsters in the poorer South, and everyone got caught up in the “Not in my backyard” spirit after China banned the import of plastic waste in 2018. But we need to take care of our own backyard – safely produce, recycle and incinerate in our cities, closing the loop so to speak. India’s plastic waste problem is still not as big as the West’s, but we’re getting there. Wealthy states like Goa produce more than 60 grams per capita per day; Delhi is catching up with 37g per capita. India’s per capita average of around 8g is low, but our population means we are the world’s second largest producer. Globally, more than half of all plastic produced since 1950 was produced in the past dozen years. As we aspire to a $5 trillion economy, we need to keep an eye on this graph – it maps our disaster.

Sunita Narain is the Managing Director of the Center for Science and Environment, New Delhi