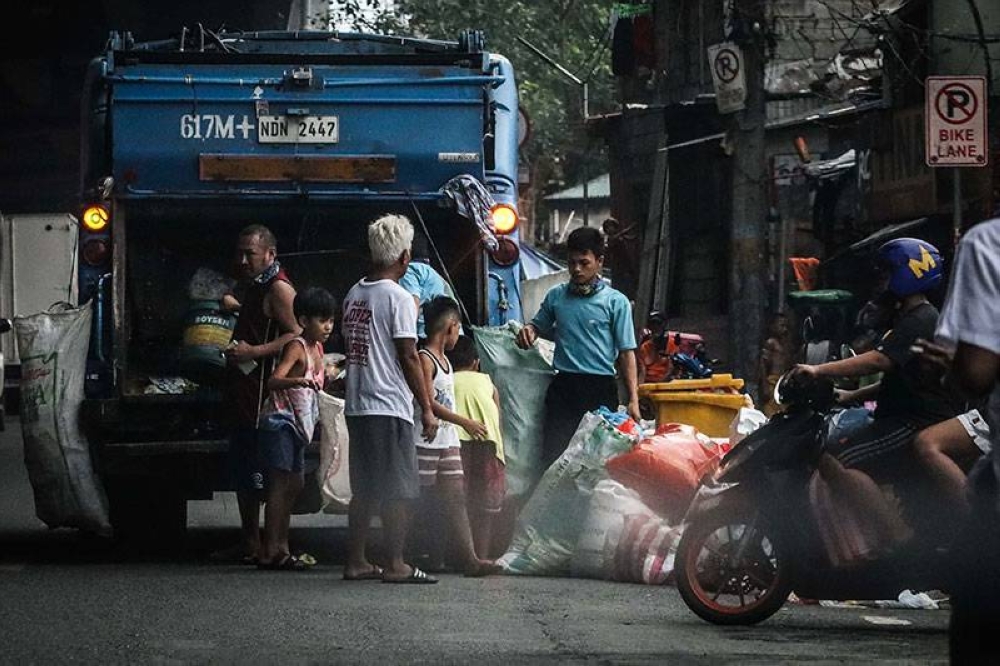 A truck picks up trash at Barangay 737 in Malate, Manila on Friday, May 20, 2022. Environmental groups are still concerned about the trash generated during the election campaign and have called on local government units to help tackle the problem. PHOTO J. GERARD SEGUIA

Advocacy organization INTERNATIONALE Oceana has welcomed the notice issued by the Department of Home Affairs and Local Government, reminding candidates and their supporters of the proper disposal and management of waste generated from election campaign exits.

“Now that the campaign and the elections are over, we reiterate the shared responsibilities of Local Government Units (LGUs), National Government Agencies and other stakeholders under the law, RA (Republic Act) 9003, the ‘Act on the ecological management of solid waste by 2000′”, said Gloria Estenzo Ramos, vice president of Oceana, on Friday.

“The most important of these are safeguards against illegal dumping and burning, and to come up with strategies and initiatives to recycle waste from campaign materials,” she added.

The marine conservation group lamented the government’s more than two decades of refusal and failure to fully implement a very progressive law in RA 9003 to deal sustainably with solid waste management.

Oceana has also sounded the alarm over plans by some LGUs and government agencies to partner with cement kilns and waste-to-energy facilities.

The Philippines is the first and remains the only country to ban incineration under RA 8749, or the “Philippine Clean Air Act”.

“We hope that local government officials and officials of national government agencies, especially the Ministry of Environment and Natural Resources, will take the necessary steps to fulfill the mandate given to them by law to inculcate the hierarchy ecological values ​​in waste management,” Ramos said. mentioned.