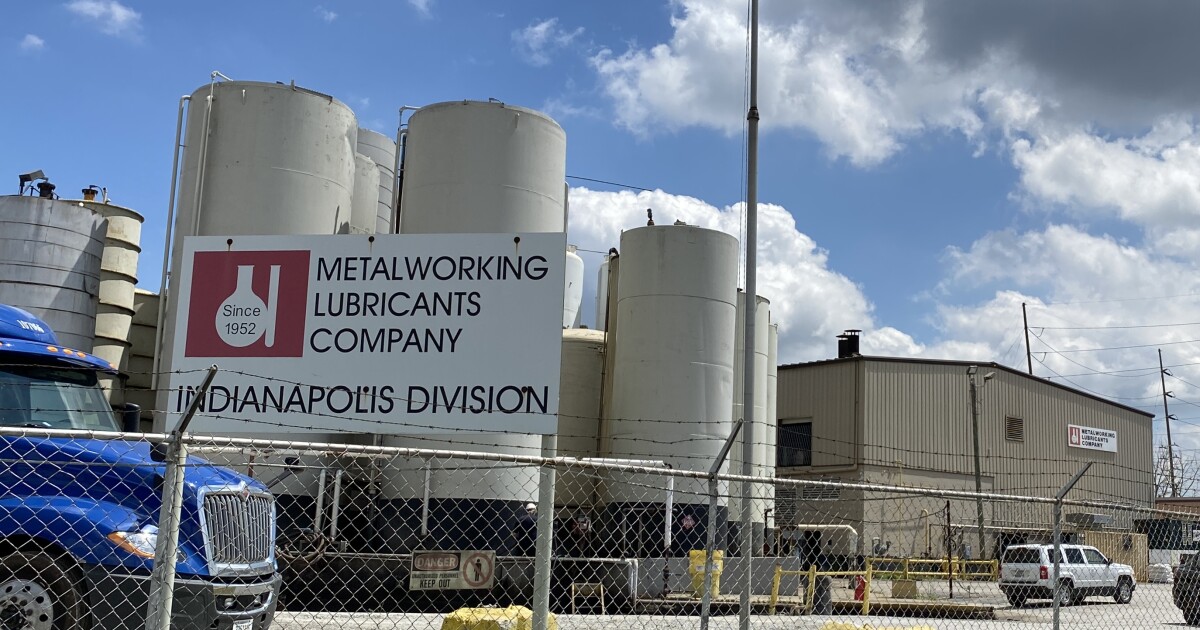 INDIANAPOLIS — There are days when the air smells so bad you can’t stay out for long, say people who live and work in this near-southern neighborhood.

Neighbors, who have been complaining about the ‘south side stench’ for decades, have reason to hope now that the company suspected of being the source of the odors has struck a deal and agreed to install new new equipment designed to capture foul odors along with other dangerous pollutants.

“(It’s) a very burning chemical smell,” said Hallie Robbins, an area resident who works at the Concord Neighborhood Center, 1310 S Meridian St. There were times when it was so bad that we had to bring the children in from outside.”

Metalworking Lubricants Co., an oil recycling plant at 1509 S. Senator Ave. which many believe to be the source of the stench, has agreed to pay $310,000 to settle a Clean-Air-Act violation claim that dates back about 10 years, the U.S. Environmental Protection Agency announced Aug. 5.

“Over the years, there have been many instances where odors originated from the business and spread through the neighborhood,” Beranek said. “Our concern about some of these smells is that they mimic the smell that the gas company puts in their natural gas, so when that smell comes out…when it gets out into the community, people think that there is natural gas that has been released.”

Firefighters and repair crews are wasting their time responding to these reports, Beranek said. The biggest danger is that some neighbors are so used to the smell that they’ve stopped calling 911.

“Well, when they don’t report it, that’s also bad because it could be natural gas and there could be an explosion,” Beranek said.

Niki Girls, director of the Concord Neighborhood Center a few blocks from Metalworking Lubricants, said while residents have gotten used to the smell, they don’t like it.

“It’s not a good situation to have in your family, in your house,” Girls said. “As a parent, I can imagine you would have concerns about the extent to which this might cause problems for your children.”

The Concord Center, which has its roots in Indiana’s first neighborhood center built in 1875, is about a half-mile northeast of the factory and is often downwind of smells.

No response from company

Officials from Pontiac, Michigan, based Metalworking Lubricants Co. did not respond to phone calls and email requests for comment. The Indianapolis plant manager met WRTV at the front door during a recent visit and said any comments should come from Michigan headquarters.

The Indianapolis plant is surrounded by a high fence topped with barbed wire. Inside this fence are a dozen huge white storage tanks, a warehouse, and several buildings.

The company employs petroleum technicians, laboratory technicians, tank truck drivers and plant workers, according to its website. Metalworking Lubricants has held a business license in Indiana since 1977 and has operated in Michigan since 1952, according to Indiana records.

On a recent afternoon, WRTV saw an employee in a white protective suit using hoses to move oil between a tank car and a white tank truck. There was a strong smell of cleaning fluid in the air that seemed to come from this oil. This smell did not linger when WRTV left the immediate vicinity of the factory.

EPA does not regulate odors

According to the EPA complaint, Metalworking Lubricants failed to operate its purifier when it treated the oil in its tanks; did not respond when scrubber malfunctioned; failed to keep required records; underestimated the amount of pollutants in the oil he processed; and did not apply for a major source permit that would include stricter EPA guidelines and oversight.

In the settlement, Metalworking Lubricants agreed to install a carbon adsorption system that will remove pollution as well as compounds that produce foul odors.

Beranek agreed that the new carbon system, which works much like the filters in some water pitchers, could make a difference and reduce or eliminate some of the odors from the oil being processed in the company’s tanks. .

The problem, Beranek said, is that the EPA doesn’t regulate odors.

“If it works and they are able to maintain it, hopefully that solves part or part of the odor problem,” Beranek said. “But we don’t know where the smell is coming from, so I won’t be surprised if it isn’t.”

Beranek said nothing in the regulations changes how odors and other pollutants can escape while oil is transferred outside the plant’s front door.

Regulators need to watch the company closely and make sure it sticks to the deal, Beranek said. He wants more regulators and more attention to the facility and its pollutants.

A positive sign, he said, is that company officials have shown more willingness to work with community members in recent months. On another positive note, Beranek said there hasn’t been a major odor issue for about a year.

Girls and Robbins said they remember smelling the scent around the neighborhood for the past few months. They were surprised by the smell this time as it had been a while since the stench had invaded the neighborhood.

The girls said people here are frustrated that it took decades for state and US regulators to finally get a settlement.

The people who live in this neighborhood deserve better, Girls said.

“You want your neighborhood to be an attractive place,” Girls said. “It (the smell) harms not only their physical but emotional health more, because it’s kind of a reminder of the lack of respect for their living environment.”

2022-08-24
Previous Post: New recycling plan to be presented to the municipal council, citizens concerned about change
Next Post: “Can I recycle this? If you have to ask, Springfield recycling probably says no