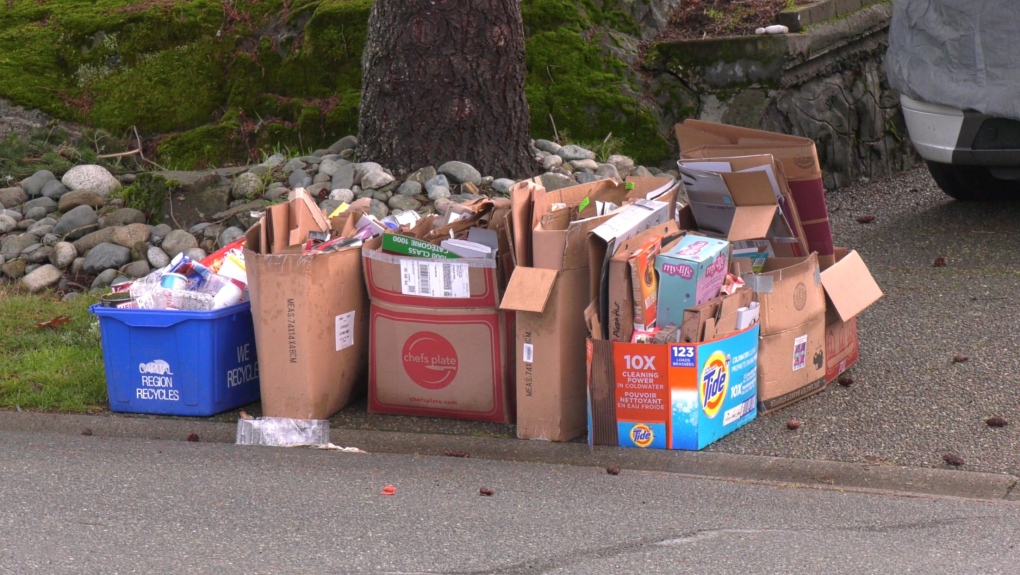 The City of Nanaimo is asking residents to be careful what they put in their blue curbside recycling bins as loads of recycling arrive with high levels of contamination.

The city says recycling shipments must have contamination levels below 3% to be accepted by the provincial Recycle BC program.

Currently, Nanaimo says recycle loads arrive with an average contamination rate of over 10%, with rates as high as 18%.

“Contamination can lead to increased service charges and recycling ending up in the landfill,” the city said in a notice Tuesday.

“It can also put workers at risk and damage equipment used in the recycling process.”

The city now plans to step up education and communication about what items are safe to put in recycling bins, while also inspecting curbside bins before pickup.

City staff will affix stickers to items in recycling bins that cannot be recycled.

“The objective is never to leave a cart on site, but households that continue to contaminate could see their blue carts not be recovered”, specifies the municipality.

The most common restricted items that are placed in recycling bins in Nanaimo are glass, electronics, plastic bags, scrap metal, clothing and “consumables”.

The city advises that these items should be taken to specific depots or put in the trash if it is safe to do so.

An infographic on restricted and unrestricted recycling items can be found below.