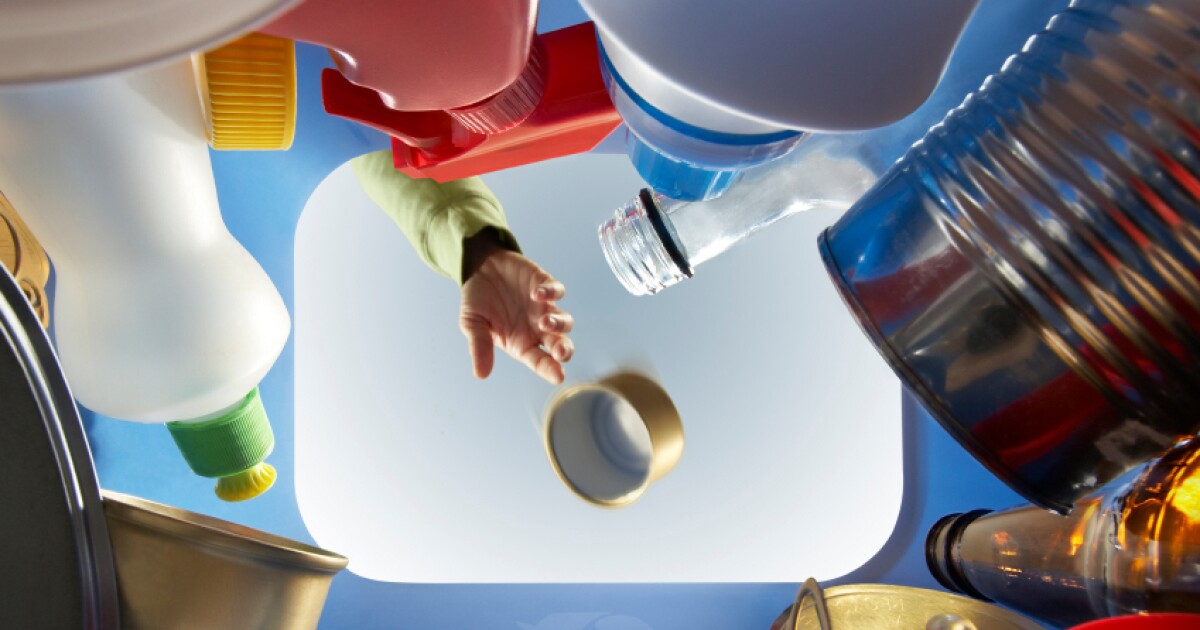 The bill’s sponsor hopes to bring the massive facilities to the state to create jobs while saving the environment from plastic.

But the promise made by advanced recycling is empty, critics argue, which does little to improve the environment and uses massive amounts of energy, usually without producing new plastic.

Advanced, or chemical, recycling breaks down plastics, such as films and packaging, that cannot be processed in mechanical recycling facilities. The hope is to increase the dismal plastic recycling rate – less than 10% – and ease the burden on landfills.

The chemical industry and trade groups say it’s a tool for a more sustainable future with less plastic waste. But environmentalists say the industry is “greenwashing” it, a process that in practice serves primarily to create more fossil fuels.

“It’s just that the science isn’t quite there,” said Bridget Sanderson, state director for Environment Missouri. “And of course there are a lot of greenhouse gas emissions…and toxic substances coming out of these facilities as well.”

Missouri lawmakers are weighing a bill that would exempt advanced recycling facilities from permit requirements that govern solid waste facilities and treat companies like manufacturers in hopes of persuading them to enter the state. At least 18 other states have passed similar legislation with the support of the chemical industry. If passed, it would remove “unnecessary hurdles to cross,” said the bill’s sponsor, Rep. Jeff Knight, R-Lebanon.

“And every time you get rid of some of these regulations, and this industry comes into your state, it…spends hundreds of millions of dollars on facilities, it creates new jobs, while it takes polymers out of landfills and facilities that use it as feedstock to produce new plastics,” Knight told a Senate committee earlier this month.

The bill has already been approved by the House. The Senate Committee on Commerce, Consumer Protection, Energy and the Environment passed an amended 5-2 version on Wednesday, sending it to the Senate for approval.

Often, say opponents, advanced recycling facilities do not produce new plastics. Instead, they convert processed plastic waste into fuel to burn – although the American Chemistry Council said this was the first phase of the technology’s development. The industry is shifting from plastic to plastic recycling, the group said in an interview.

There is also little agreement regarding the level of greenhouse gas emissions or the risk of toxic waste associated with the process.

Environmental groups claim that the process itself emits considerable greenhouse gases and creates dirtier fuels than existing gasoline, while an article funded by and using industry data claims the exact opposite – that the resulting fuels have a reduced environmental impact.

The United States generates more plastic waste each year than any other country, and the vast majority of it ends up in landfills. Most types of plastics are not easily recyclable.

“American plastics manufacturers are committed to lasting change,” said Wes Robinson, senior director of state affairs for the American Chemistry Council. “Right now we have a problem because around 90% of plastics aren’t actually recyclable.”

He told a Missouri Senate committee that “this technology can solve that problem.”

But “advanced recycling,” Sanderson said, is a “misnomer” for the energy-intensive process that creates fossil fuels from processed plastic and burns it, leaving behind the demand for virgin plastics.

During House committee discussion of the bill, a representative asked Sierra Club lobbyist Michael Berg whether it was better for plastic waste to end up in a landfill or be converted into fuel and burned. .

“Probably to end up in the landfill,” Berg said. “I mean, they’re bad alternatives, but because they stay sequestered in the ground instead of going into the atmosphere.”

The solution to the plastic pollution crisis is to not use so much plastic, Sanderson said. She said the chemical industry has made people addicted to plastics. She said she was talking to a group of elementary school students about recycling and told them that their grandparents didn’t use plastic grocery bags when they were kids because they only understood that in the 1970s.

Sanderson said every piece of plastic ever made is still on our planet in one form or another.

“Nothing we should use – the cup of coffee or whatever – for a few minutes should last on this planet for hundreds of years,” she said.

But the plastics industry argues that creating the plastic – most of it unrecyclable – isn’t the problem. The low level of recycling is.

Asked what role a decrease in plastic use should play in solving the pollution problem, Craig Cookson, senior director of plastics sustainability for the American Chemistry Council, said that plastics have “opened the path” to reducing the amount of materials used in packaging.

He cited as evidence the transition from laundry detergent sold regularly as a canned powder to a bottled liquid — and then concentrating that liquid so that each bottle carries more product.

“The challenge is, however, that we’re not doing a great job of recycling and recovering these plastics after use,” he said.

Existing recycling companies have expressed concerns about some large-scale advanced recycling facilities that never saw the light of day. Trent Ford, a lobbyist representing the Mid-American chapter of the Institute of Scrap Recycling Industries, pointed to Georgia where officials and a hi-tech recycling company scrapped plans for a facility after the company failed to failed to deliver the “end product” to customers in Indiana, according to Reuters. Meeting such a deadline in Indiana was a condition of the company’s contract in Georgia.

Reuters analyzed 30 advanced recycling facilities and found that most are overdue or have closed.

The Global Alliance for Alternatives to Incinerators reported that of more than three dozen facilities announced since the early 2000s, only three are operational – and only one is creating new plastic.

The American Chemistry Council says there are seven advanced recycling facilities that manufacture new plastic on a commercial scale.