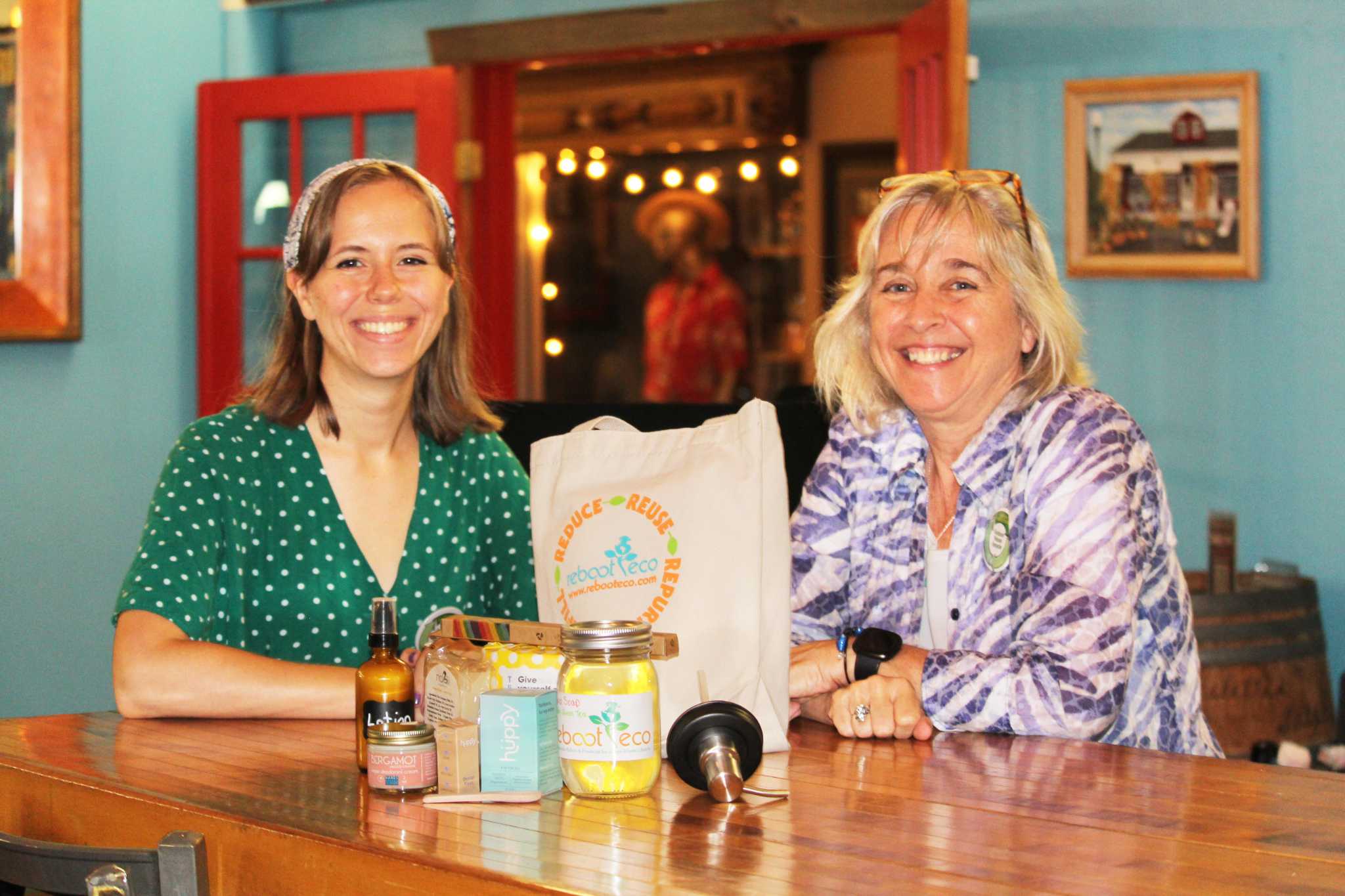 Signage near the cafe’s entrance indicates which items can be recycled, such as fast food cardboard cup holders, and which cannot, including plastic straws and cup lids.

It also includes an explanation of the reasons for the waste crisis and what people can do to improve more waste.

The initiative encourages coffee drinkers to bring reusable cups for their drinks to reduce waste, fight climate change and save money. A simple way to help combat this is to reduce the number of single-use items, such as cups, bags, utensils and take-out containers, said Middletown recycling coordinator Kim O’ Rourke.

Many people have fallen out of the habit of using reusable cups due to the pandemic and fears of contamination, the recycling coordinator said.

“It brings that idea back,” she said.

Each Connecticut resident generates about 4½ pounds of solid waste a day, according to the Housatonic Resources Recovery Authority. A family of four produces nearly 3 tons of trash per year (5,480 pounds).

State and local authorities are struggling to manage solid waste generated by residents and businesses, O’Rourke said. With the closure of the MIRA waste-to-energy facility last week, more waste is being delivered out of state, ultimately increasing waste disposal costs, she said.

The passport program, which will partly solve the problem, was made possible by a $1,500 grant from the Rockfall Foundation.

“It raises awareness of what we should be doing to reduce our waste. We thought it was a perfect fit with what we’re funding,” explained Rockfall Foundation Executive Director Tony Marino, who encourages entities to apply in the next grant cycle.

When participants bring a reusable cup to participating stores, they will receive a stamp in their passport. Once five stamps are collected, people are entered into a free raffle for items from local businesses. The draws will take place every month until the end of November.

O’Rourke strongly believes that business and government need to make changes to create a system that makes it easier for consumers to recycle product packaging.

“You start from the whole ecology of things,” said associate director Pete Weiss, who also believes legislation is key to driving change. “Look what happened with the plastic bags. You don’t see them blowing in the wind anymore, and they were everywhere,” Weiss added.

The Break Free From Plastic Act is still making its way through Congress.

The city handles its own waste, so the situation won’t directly affect the city, “but we also want to be part of the solution,” Mayor Ben Florsheim said.

O’Rourke hopes that the Extended Producer Responsibility Act, which was not considered in the last legislative session, will be revived.

“We would shift responsibility for recycling and paying for packaging for these products, such as polystyrene that cannot be recycled, to producers,” she said.

“They would need programs to manage this waste sustainably,” she said. “Sometimes the consumer can’t do anything. It is really up to the government to take action and to the companies to be responsible.

Some people are swayed by the discounts they can get from certain retailers, such as Perkatory, for bringing their own mug, O’Rourke said. “Maybe more stores will do this in the future, which will encourage another level of people to do this,” she said.

The younger generation is more in tune with these environmental issues, O’Rourke observed. “They seem to be more into it. They learn more in school — it’s their future.

“For a long time I felt the climate crisis was something too big for me as a person to handle,” said recycling assistant Kate Gendrich. That has changed, however, since working with O’Rourke, who already has a number of programs in place.

The recycling coordinator gave him reusable wheat straw utensils and a canteen cup, which encouraged Gendrich to make small efforts in his own life.

“Having the ability to make dedicated changes really shows me that it’s worth keeping trying,” added Gendrich, who says his job has become fulfilling.

More than 140 billion cups of coffee are consumed each year in America, and North Carolina State University reported in 2020 that Americans used 136 million paper cups per day, according to O’Rourke.

“We’re starting to elevate the conversation,” O’Rourke added. “The goal is to make it the norm.”

O’Rourke will attend the first Friday of the month at Middletown Arts Fest on August 5, then Story & Soil in September.

2022-07-24
Previous Post: Scrap Metal Recycling Market Size, Scope, Growth Opportunities, Trends by Manufacturers and Forecast to 2029 – This Is Ardee
Next Post: Dow and Mura are planning a pipeline of plastic recycling facilities for Europe and the United States