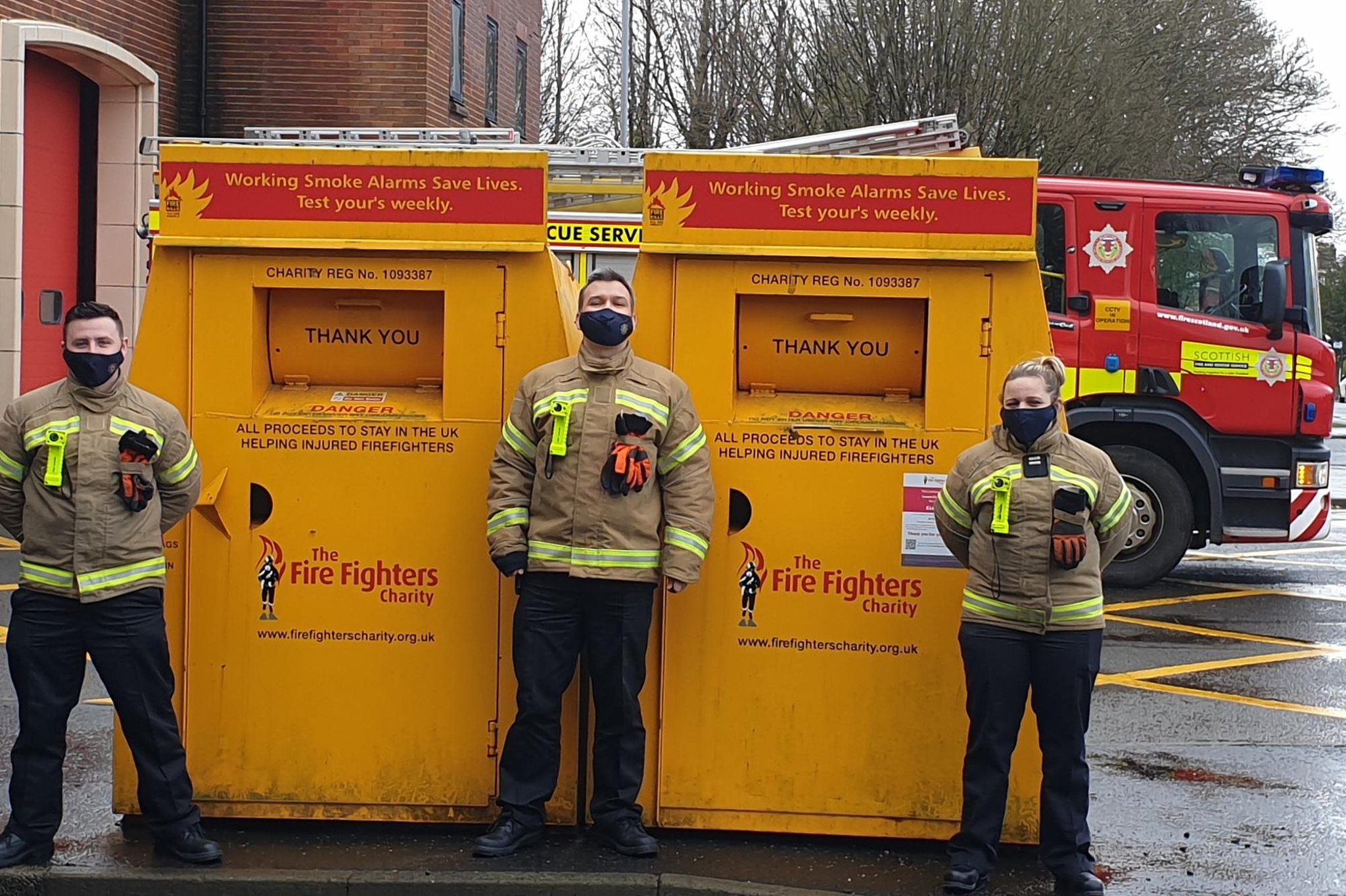 By: Ryan R. Carter
In: Residential recycling
Once again crowned champions, crews from the Lanark Fire Station paid tribute to the local community.

This is the second time the resort has won the coveted Rag Trophy, the last time in 2017 – the competition’s first year.

Thanks to the generous support of the local community, the Lanark resort collected an incredible 1.8 tonnes of unwanted clothing into its on-site clothing bank. This means he placed 13th in the UK and took first place in Scotland.

Register to our GlasgowWorld Today newsletter

The newsletter mute the noise

Although delighted to win the trophy again, the five local teams that run the resort are keen to see the locals rewarded.

Amber Watch Commander Craig Hollywood said, “We could not have achieved this victory without the support of the local community, which has always been very generous.

“We see cars showing up every day to put clothes and shoes in the recycling bin.

“While every member of the crew raises awareness of the point of recycling through home visits and discussions, we could not have won the trophy again if the local population had not continued to give generously to the cause.

“We want to thank everyone in the community for their support – this win is for them.”

As a thank you to the community, the food basket that the station wins as part of the prize will be donated to a local food bank.

The Fire Fighters Charity has raised a record national total of £84,927 over the past year, thanks to the deposit of 380 tonnes of clothing in the charity’s clothing banks outside 928 fire stations across the UK .

This nationwide effort has not only helped divert a huge amount of unwanted clothing from landfill, it will also help the charity continue to support thousands of fire and rescue service personnel with their needs. in health and well-being, when they need it most.

Kevin Biles, Sales Manager for the charity, said: “On behalf of all members of The Fire Fighters Charity, I would like to extend a huge thank you to everyone who participated in our Bag it and Bank it Recycling Championship this year.

“You have not only helped us recycle a huge amount of unnecessary clothing, but you have also helped us exceed our £80,000 target.

“Seeing the effort that individual stations have put in this year to make our recycling campaign such a success has been amazing – the result speaks volumes. Without these generous donations, we simply wouldn’t be where we are today.

“Clothing recycling is such an important source of income for the charity and these funds will go a long way in helping us continue to support thousands of fire and rescue service personnel every year.”

Chatteris Fire Station in Cambridgeshire took first place in the Championship overall, having collected an incredible 4.7 tonnes with a revenue of £1,040.

Lanark was 13th in the UK and first in Scotland, having collected 1.8 tonnes of clothing and generated revenue of £392.