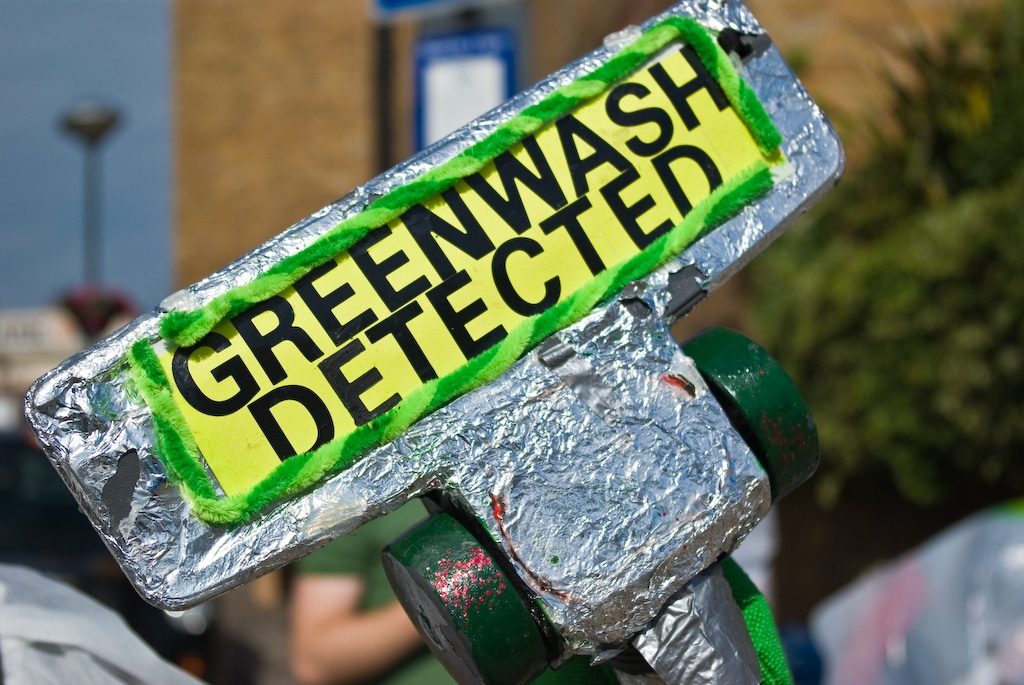 One of the biggest mysteries in the nationwide office water cooler discussions has finally been solved: is that giant box of single-serve coffee pods really recyclable? It turns out that, in most cases, the answer is no.

In a big win for consumers and the environment, Keurig Canada was fined $3 million to mislead consumers about the recyclability of its single-use plastic K-Cup pods.

This victory follows a 2019 submission by Ecojustice and the University of Victoria Environmental Law Clinic to the Competition Bureau which uncovered several instances of false and misleading marketing of K-cups as a “green” and easily recyclable product for Canadian consumers.

In addition to the $3 million fine, Keurig will donate $800,000 to an environmental charity and pay $85,000 in Competition Bureau expenses for the case. The company was also ordered to update its packaging and notify consumers of changes to its recyclability claims on its website, social media and media.

Keurig reportedly agreed to settle a class action lawsuit in the United States over the same issue last month, though details of that settlement are not yet public.

Case demonstrates the dangers of greenwashing to consumers and the environment

The Keurig decision highlights the pervasive problem of greenwashing of consumer products in Canada. Greenwashing is a dangerous and deceptive marketing practice in which companies use unsubstantiated claims to deceive consumers into believing that their products or services are environmentally friendly.

Although greenwashing is not new, it has increased in recent years to meet consumer demand for environmentally friendly goods and services. The main danger of greenwashing is that it can induce well-meaning people to act in unsustainable ways, buying toxic, dangerous and environmentally harmful products, without being aware of the risks.

Greenwashing terms can also cause consumers to use or dispose of the product in a counterproductive way. In the case of Keurig, the company claimed that its single-use plastic drink pods could be recycled if consumers removed the metal lid and emptied out any contents like coffee grounds.

But the Competition Bureau found that K-Cups aren’t widely accepted for recycling in any province except parts of Quebec and British Columbia, and noted that the company’s instructions didn’t go not far enough for many cities that might accept the pods in a recycling program. A 2018 report from the Toronto Solid Waste Service cited contamination issues and consumer confusion over pods as an issue that has increased the cost of waste management in the city.

Greenwashing attempts to persuade the public that an organization’s products, goals, and policies are more environmentally friendly than they actually are. As a result, companies can enjoy better sales or boost their reputation under the principle of environmentalism without actually incurring the cost or liability of implementing sustainable practices.

The problem is compounded by the fact that environmental advertising is not strictly regulated and can be difficult to enforce. Buzzwords like “biodegradable”, “eco-friendly”, “eco-friendly”, “natural”, “green” and “sustainable” do not have a clear definition or widely recognized required standard to substantiate these claims. .

In 2008, Canada’s Competition Bureau published guidelines for environmental claims in advertisements, requiring advertisers to avoid vague or misleading language, include verifiable and specific information, and provide relevant context in their claims. These guidelines were later updated with more limited scope.

Five years ago, the Competition Bureau issued a warning to companies that the “greenwashing” of their products is illegal in Canada. Despite this, greenwashing remains prevalent in various industries across the country.

How Ecojustice fights against greenwashing

Greenwashing is everywhere and fighting it can seem like an uphill battle. Strict regulations and enforcement are needed to ensure companies cannot lie to consumers and harm the environment with impunity.

In Canada, three key laws govern advertising and liability: the competition law, the Consumer Packaging and Labeling Act and the Textile Labeling Act. The Competition Bureau of Canada is responsible for the administration and enforcement of this law.

Under the competition law, Canadians can submit a request for investigation to the Competition Bureau, asking the Bureau to investigate an allegation of greenwashing.

In addition to the Keurig investigation, Ecojustice also prompted the Competition Bureau to open two other investigations into allegations of greenwashing: into so-called “disposable” wipes and the Sustainable Forest Management Standard.

In 2019, a study by Ryerson University made an alarming finding that wipes, cloths, diaper liners and other products marketed as “flushable” in Canada are actually not safe to flush. When these products are improperly disposed of, they contribute to clogging sewage systems and polluting lakes, rivers and oceans. In response, Ecojustice filed a request on behalf of Friends of the Earth Canada, seeking a Competition Bureau investigation into false and misleading statements made by the manufacturers of 23 so-called flushable wipes and other single-use products.

The Canadian Standards Association (CSA) “Sustainable Forest Management” standard certifies and promotes wood products from logging operations – including in British Columbia’s old-growth forests – as sustainable, which we believe is patently false and misleading. In July 2021, we have filed a request for investigation into the matter.

Both of these greenwashing investigations are ongoing. We hope the Keurig case signals that the Competition Bureau will take meaningful action to hold companies accountable for greenwashing.

What can you do to make smart consumer choices?

Filing a complaint with the Competition Bureau can be a useful legal tool but won’t do you much good the next time you visit the store. So how can you get to the bottom of these greenwashing marketing traps?

The first thing to do is to ask questions and dig deeper into a company’s environmental claims. If you see something on a label, visit the company’s website for more information. If the information there seems broad or vague, there is a good chance that there is greenwashing at play. claim to be “greener” than its competitor, if the product itself is not sustainable, does that really make a difference? This is true for many single-use items.

If you’re still unsure, don’t be afraid to contact the companies directly and challenge their claims. Transparency is important. If a company is not upfront with its practices and products, it may be because its environmental claims are unfounded.

Finally, try to shop with intention. Do your part by researching the products you’re considering buying before you go to the store. And if possible, the best way to make sure you’re sustainable is to buy fewer things and avoid single-use products. Invest in durable, well-made products that will last you for years.

The rise of greenwashing, coupled with ineffective regulation, is diminishing the power of environmentally conscious consumers to make ethical product decisions. But with a little time and effort, consumers have incredible power to pressure companies to adopt greener manufacturing processes and business operations.The recent Keurig decision also sends a strong message to other businesses that greenwashing is unacceptable and that if they mislead consumers, there will be consequences.