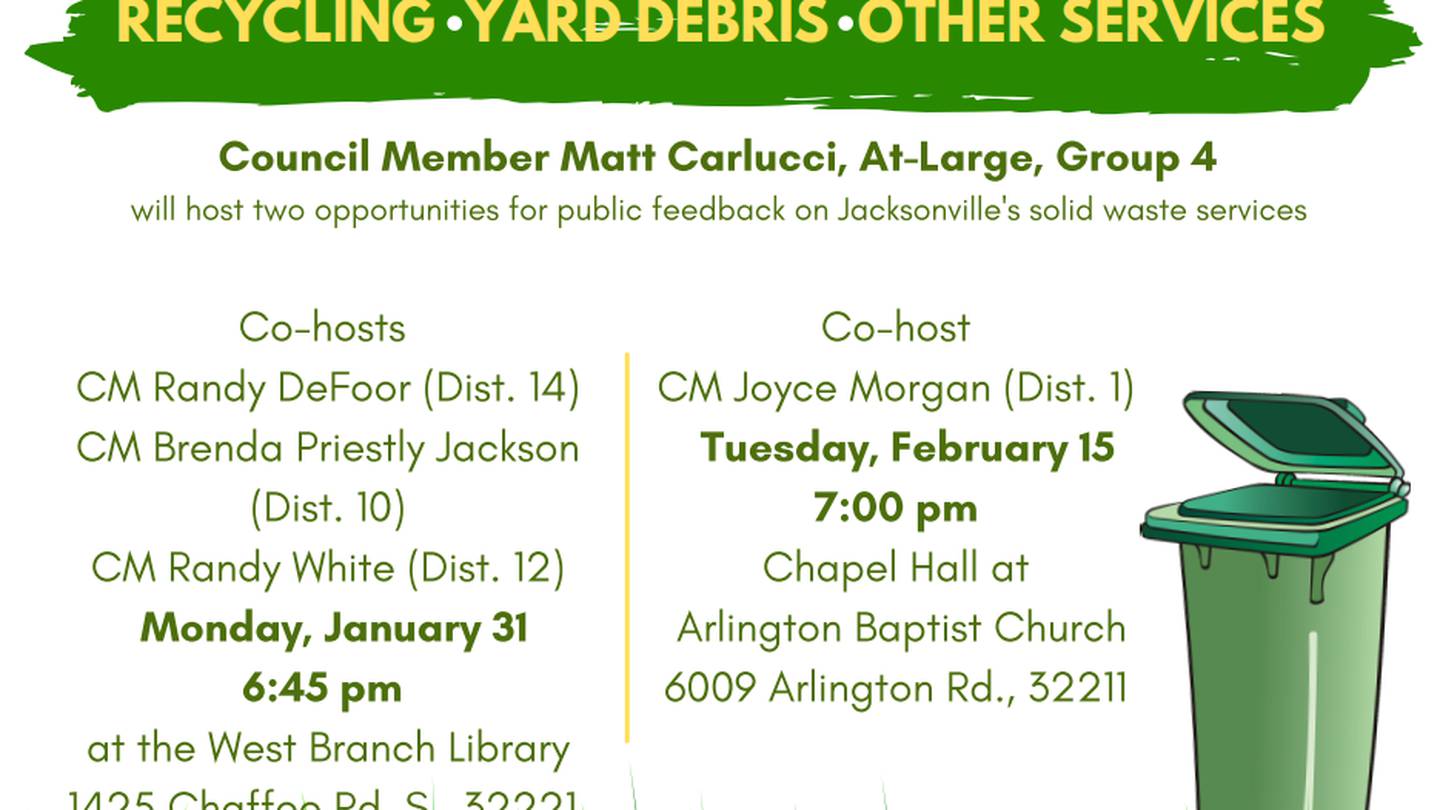 JACKSONVILLE, Fla. — Members of the Jacksonville City Council announce two town halls to discuss the state of recycling in the city. The first will be on Monday at the West Branch Library at 6:45 p.m. The second will be on February 15 at Chapel Hall at Arlington Baptist Church at 7:00 p.m.

“We want this to be a civil conversation. It’s not an easy problem to solve, but we’ll solve it. said Councilman Matt Carlucci. “I’m just trying to shed some light on that, so the public knows what the issues are.” Carlucci added that he chose these two areas because “they were the hardest hit”.

In the announcement, Carlucci said in a statement, “Solid waste management services remain a top concern. This is a dual issue: (1) resolving labor market issues with our carriers and (2) resolving debt incurred due to solid waste fees only covering 70-80% of the cost of services. I would like to see an expedited rate review process.

The statements also indicate that the city council has not increased the solid waste levy since 2010 and because of this the city has a loan that will reach $31 million this fiscal year.

Selective collection services have been suspended since October.