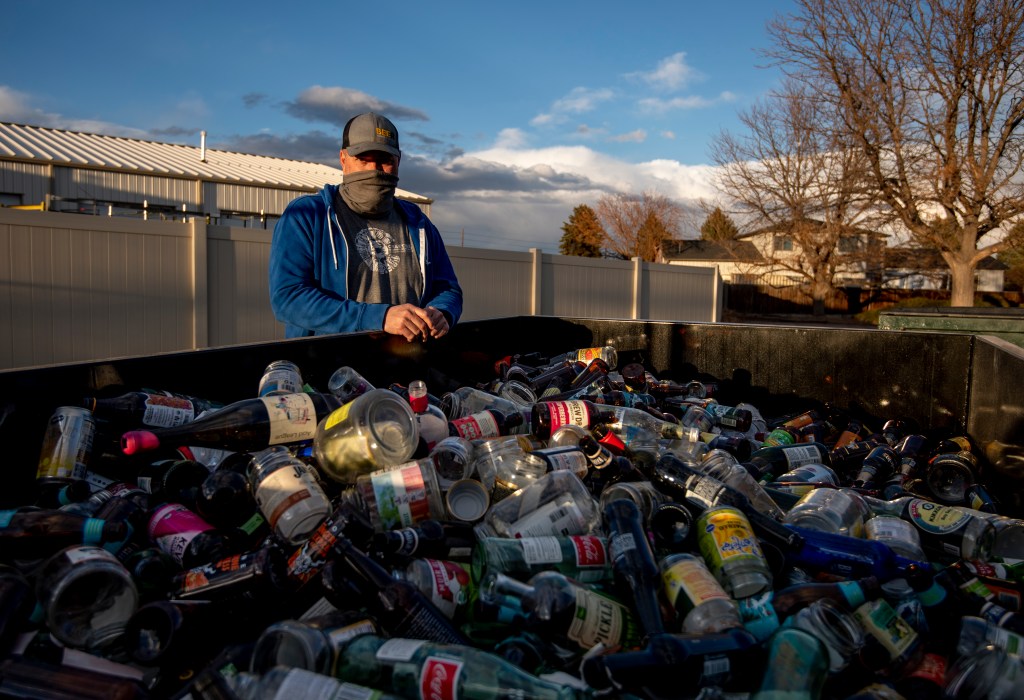 Greeley residents will soon have the opportunity to recycle glass thanks to the near completion of a public-private partnership between the city and Owens-Illinois, Crabtree Brewing Co. and Andersen Sales and Salvage Inc.

The two recycling containers that will be placed at these businesses were purchased by Owens-Illinois, which operates a glass recycling plant in Windsor. Their use has been provided to the city, and Greeley Public Works employees will be responsible for transporting the glass to Denver for recycling.

Additionally, some waste disposal companies that operate in Greeley offer curbside recycling as an option, including waste management, Republic services and bunting disposal. Prices for these services range from $10.50 to $17 per billing cycle, depending on the company.

Will Jones, Greeley’s assistant director of public works, said plastic recycling is still on the city’s radar because it’s not currently an option here. In fact, the council voted unanimously on Tuesday to pass a resolution authorizing public works to obtain $50,000 in grants from the Colorado FRWD to conduct a waste diversion study, which would seek input from the council and residents of Greeley on recycling habits and feasibility, along with an analysis. of what exactly we throw away. The application for those funds was due March 4, so the city snuck in its application.

— Trenton Sperry is the government and political reporter for the NoCo Optimist. Do you have any advice? Let The Optimist know at TheNoCoOptimist@gmail.com. Find more NoCo Optimist content at www.thenocooptimist.com.