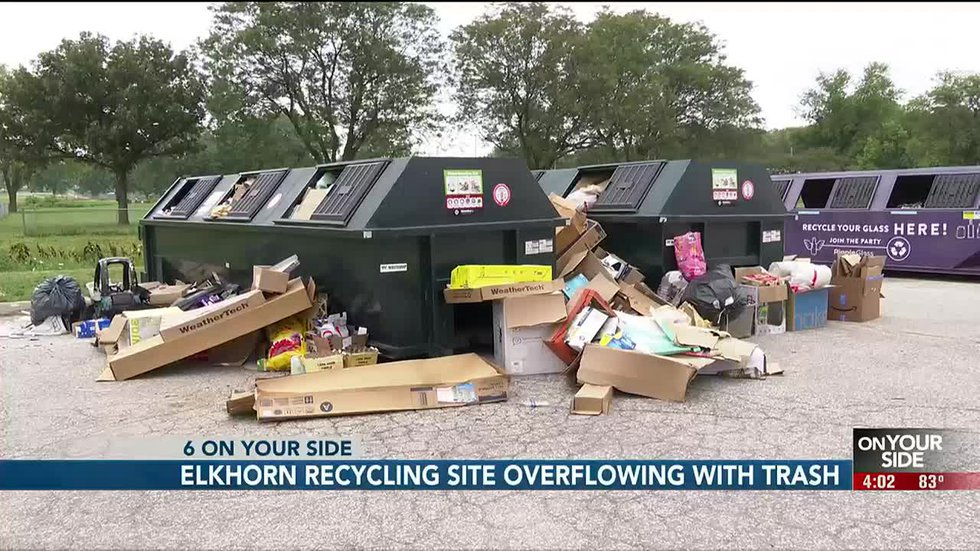 OMAHA, Neb. (WOWT) – There is growing frustration with an Omaha recycling site that has become a dumping ground.

It’s the one in Ta-Ha-Zouka Park in Elkhorn.

Elkhorn’s Taelyr Weekly said: “It seems pretty irresponsible to me.”

Recycling bins are overflowing, trash bags are piling up on top of each other near piles of cardboard.

Weekly says the pile seems to be getting bigger after long holiday weekends. She said, “That doesn’t look very good. My two year old son noticed it right away. So it’s, yeah.

O’Connell says the city has contracted with FCC Environmental Services to manage recycling sites. He said: “They are ultimately responsible for maintaining the site, maintaining the containers and cleaning up any illegal dumping.”

6 Press teams have noticed that many items on the site are not recyclable, including fireworks, bags of pet food and even furniture.

However, a few meters away are four nearly empty dumpsters. O’Connell said: “It’s unsightly and causes a lot of things to become waste that could be in the recycling stream.”

Late Friday morning, an FCC crew showed up and began cleaning up the overflow. The general manager says if that’s not enough, they have a back-up plan, including using residential teams to help with recycling.

Weekly says something has to be done and it starts with people. She said, “It seems pretty irresponsible to me. It seems like people don’t think about what they’re doing before getting rid of it.

The city points out that it is illegal to put anything on the ground, whether it’s recyclables or trash.

Anyone caught dumping illegally could be fined $500 and suspended from their driver’s license for up to six months.