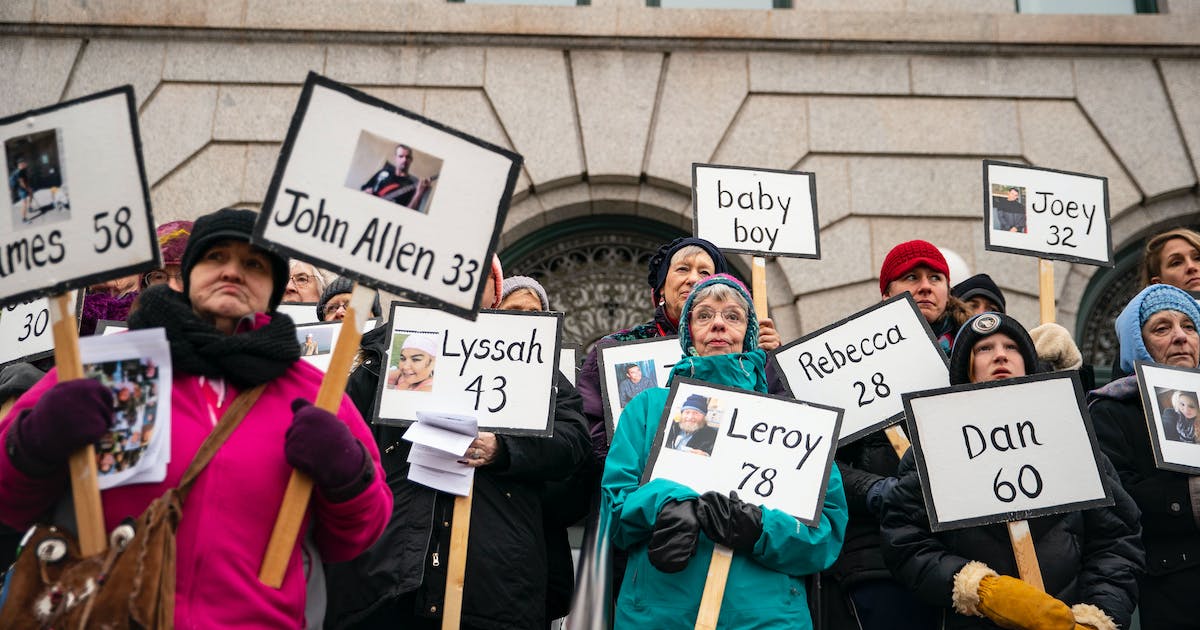 DULUTH — Seasonal sanctioned outdoor villages for the homeless are set to open in Duluth next spring, as part of a five-year plan to address the city’s growing number of homeless residents.

Duluth City Council approved a city code change earlier this week to allow outdoor living sites on private property, along with one-year usage standards and permits. He also set aside $150,000 in pandemic relief funds for the effort, which includes staff from the city’s winter warming centers. A coalition of nonprofit organizations is expected to apply for permits for four sites to start.

It’s “a watershed moment” for a plan that should ultimately lead to more permanent housing, said Joel Kilgour of Loaves and Fishes, a Duluth shelter.

“There is no easy way out of this homelessness crisis,” he said. “It used to be the reason people lived outside because the existing shelters didn’t feel safe or didn’t meet their needs. Now there are literally not enough beds in shelters.”

More than 1,000 people sought emergency shelter in St. Louis County in 2021, most in Duluth. Over the past five years, countywide homelessness has increased by 25%. The area’s housing shortage, the pandemic, inflation, mental illness and addictions all play a part in increasing the number of homeless people in the city.

Some families living on the edge of poverty have lost their homes to inflation, said John Cole, executive director of Churches United in Ministry, a longtime homeless organization in Duluth.

And complaints about unruly makeshift camps in neighborhoods, like the one near scenic Point of Rocks west of downtown Duluth, continue to pour in to city officials.

The city’s stance on the illegal camps has been to “turn a blind eye” until the issues get too big and dispersal is needed, said city council member Roz Randorf, who worked on the question.

This is an attempt to prevent them, she said, from offering a safe and clean place to stay until permanent accommodation is available.

“We’re all watching this and making sure we’re doing it right,” Randorf said, “in a way that gives these people a little bit more dignity.”

The public can raise concerns with the planning commission, which will approve permits, said Adam Fulton, the city’s deputy director of planning and economic development.

But Stepping On Up, the coalition of nine community organizations that work with the homeless population, plans to both inform and meet with neighbors before a site opens, add a helpline that neighbors can call in the event of a problem and to create groups of “good neighbours” to respond to problems. . The sites will be staffed with outreach workers daily, offering a harm reduction model with links to mental health, medical and addictions support resources.

The coalition points to Eugene, Oregon, as an example of a successful model. In Duluth, about a dozen people will live at each site, and portable toilets, drinking water, needle containers and garbage service will be provided. Sites, which may include church property, should be flat, accessible and large enough to accommodate several tents or huts provided. One will be for people living in vehicles.

A resident chief will be appointed for things like tending to fires and maintaining order, and will be paid for it, Cole said, and Stepping On Up will take responsibility for the villages.

Focus groups that totaled nearly 100 homeless people showed “universal” support for legal encampments as many people forced to live outdoors seek a more stable and safer way to do so, Kilgour said. .

Often victims of violent crime, “they’ve had enough – strangers show up and destroy tents, muggers and drug dealers show up,” he said.

The second phase of the five-year, $33 million plan for supportive housing includes 100 rapid-build indoor housing units, much like Avivo Village in Minneapolis. By the end, it is hoped that 200 “small” houses or permanent apartments will be built, some already in progress. The goal is to equip residents with the skills to manage their own spaces and contribute to the community, Cole said.

The outdoor villages would be temporary – closing once the indoor elevating housing was ready.

The goal is to relieve “the bottleneck,” Kilgour said.

“We opened the warming center four years ago to prevent people from dying in the winter,” he said. “It’s not a solution, it’s an emergency response.”