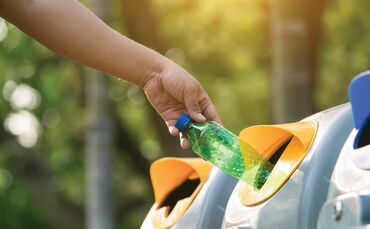 Under the terms of the partnership, which was unveiled last week, Dow will purchase the “circular feed” that Mura produces at the sites, with a view to then using it to produce recycled plastic feedstock for the development of new feedstocks. virgins. quality plastics.

The agreement is an extension of an existing partnership between the two companies focused on the UK. The world’s first plant using Mura’s patented recycling process is set to be operational in Teesside in 2023, supplying 20 kilotonnes (KT) of recycled raw materials to Dow each year.

They said they intended to add up to 600kt of annual capacity through pipeline expansion from new projects, with each plant expected to produce 120kt per year.

Mura’s recycling process breaks down plastics into the chemicals and oils they were originally made from in as little as 25 minutes using high-pressure water in the form of “supercritical steam”, according to businesses.

Mura said the new agreement marks an important step in rapidly scaling its advanced recycling process, dubbed Hydrothermal Plastic Recycling Solution, which can be used to recycle all forms of plastic, including flexible plastics and multilayers that have proven to be resistant to traditional plastic. recycling techniques.

“The global plastics problem is one of the most pressing environmental issues to date – there is simply no time to waste,” said Steve Mahon, CEO of Mura Technology. “Mura’s technology is designed to champion a global circular plastics economy, and our partnership with Dow is a key catalyst in bringing HydroPRS to every corner of the world. This next step in our partnership and the resources provided by Dow will enable us to fund and significantly increase recycling capacity and allow circular plastics to enter global supply chains at scale.”

The companies said the funds they intend to invest in the new projects respectively mark their largest commitment yet to advanced recycling capabilities.

Marc van den Biggelaar, director of advanced recycling at Dow, said the deal would help advance a circular economy and increase the value of plastic waste.

“By investing in new applications, Dow is striving to meet growing customer demand for recycled materials and to have a significant impact on the supply chain, helping to close the plastic waste loop,” said he declared. “Dow is committed to accelerating a circular economy for plastics and our expanded partnership with Mura marks an important step in that journey. As a long-term partner, we are excited about the potential of this process to recycle plastics and help solve plastic waste. challenge.”