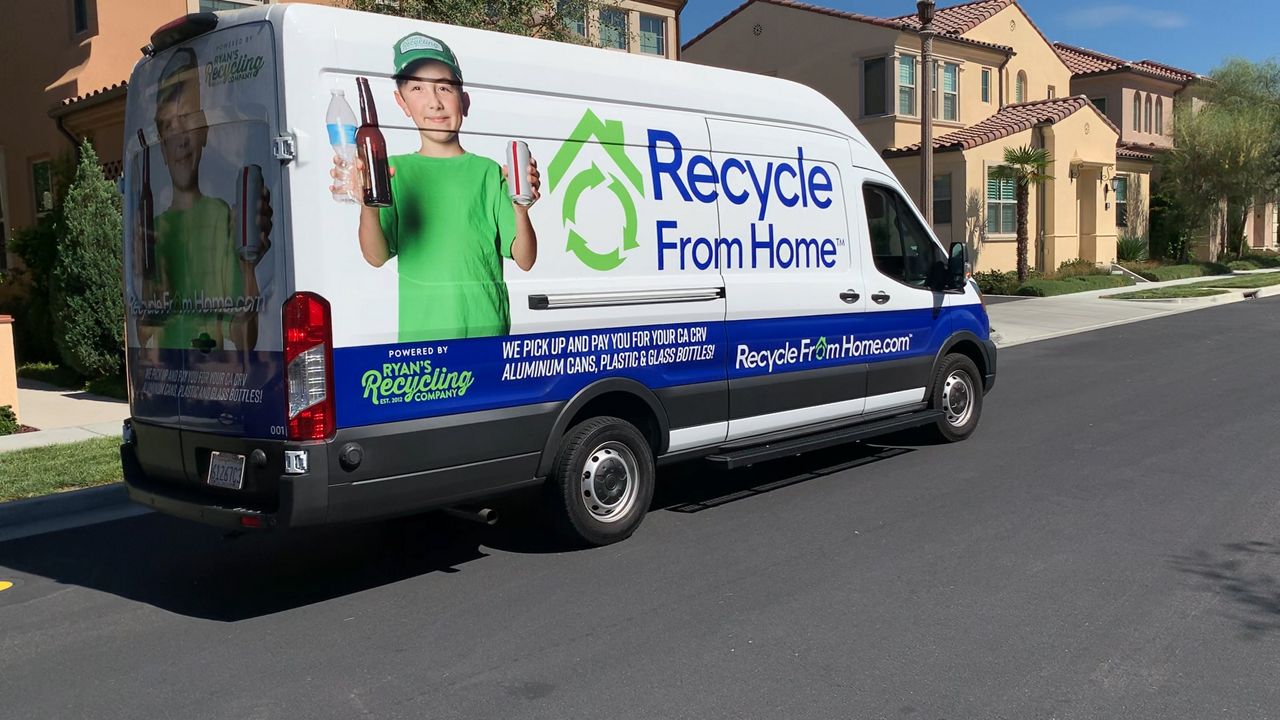 IRVINE, Calif. — As a former delivery driver for UPS and Amazon, Omar Hernandez used to work in an office on wheels, but he no longer delivers packages. Its cargo now consists of bottles and cans. Hernandez works for a company called Recycle from home since January, and its popularity continues to grow.

What do you want to know

Instead of driving to the nearest recycling center and waiting in line, Recycle from Home is a door-to-door pick-up service for beverage containers. At the moment it is only available in Irvine.

“We’re not actually eliminating operations from existing recycling centers, but creating new recyclers that previously wouldn’t have because of the added level of convenience,” said Ryan Cooper, president of Recycle from Home.

Residents can register online for free and receive a packet containing 10 trash bags, barcodes and instructions. Drivers like Hernandez scan barcodes and collect bags, which they ask customers to separate by glass, plastic and foil.

Next, Hernandez returns to OC Recycling in Santa Ana, where he weighs the bags and scans them again. The company takes 10%, and customers get paid via PayPal, Venmo, or a check. Kathy Phillips said she schedules a pickup about once a month.

“It’s seamless. It’s easy. I try to get all my neighbors to do this,” she said.

“They are old people, young people, rich people, people who are not rich. Everyone recycles for different reasons,” he said. “Everyone is thrilled to get paid for things they would normally throw in their bin or donate and for people who are recycling or already recycling, it saves them time to queue at a recycling centre. “

Recycle from Home currently has around 2,500 customers, but they are looking to reach 10,000 next year. Cooper said his company has already recycled 1.2 million beverage containers.

“Most recycling centers in California have closed, and that’s because there’s no convenient access to recycling and in the age of the Amazon, we’re the Amazon of recycling,” Cooper said.

As for Hernandez, doing his job makes him feel more environmentally conscious.

“Being part of it is incredible! ” he said. “Being the driver and going up and picking up the bags, I feel like I’m doing my part and helping out.”

And he hopes making it easier for residents to recycle will ultimately lead to a greener planet.

Share your thoughts at “Inside the Issues” and watch Monday through Friday at 8 p.m. and 11 p.m. on Spectrum News 1.