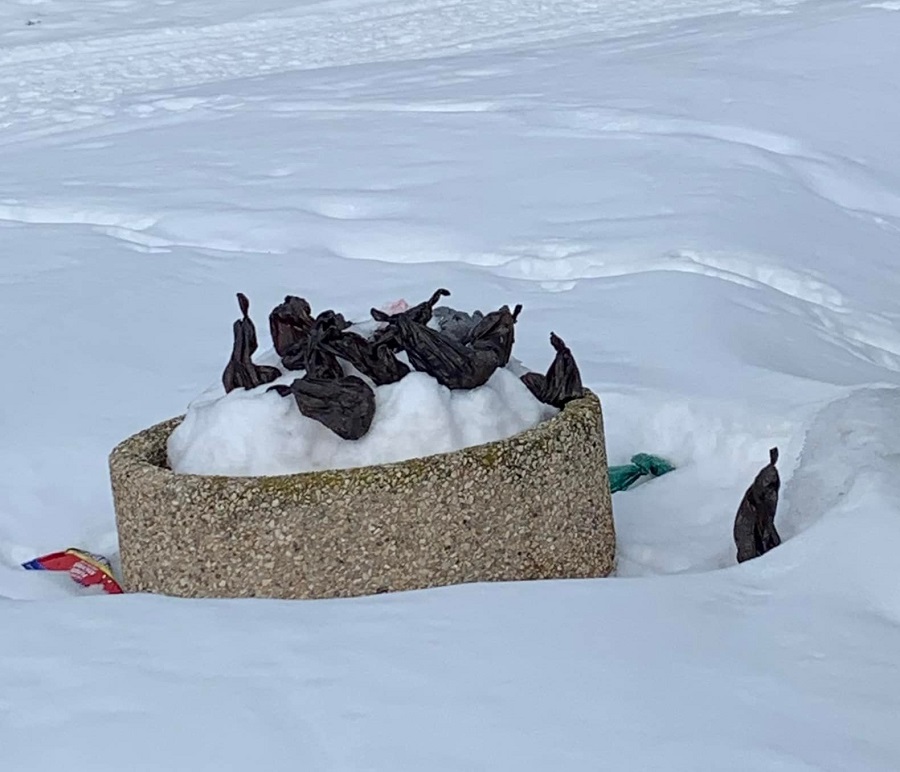 Anicinabe Park is struggling with the dumping of large amounts of dog poop locked in bags in and around the park.

“Feces are a biohazard, whether it’s a human, a dog, or any other animal, and when present, they put us all at risk,” Evenden said. “Imagine a 17-year-old girl taking a bag out of the trash and it’s full of poop bags.”

Evenden says that during her time at the park, she saw people going to the site to throw their dog feces into the park’s trash cans.

The City of Kenora bylaw states that a dog owner must remove and dispose of all feces left by the dog on any property other than the owner’s property.

Dog owners could be fined $100.00 by the city for failing to clean up after their dog.

She noted that she thinks the reasoning behind the litter is due to the convenience factor of the parks trashcan.

“Nobody wants to carry a little bag of hot poo with them. They don’t want to take it home and put it in the trash and deal with their mess. I would say it’s the inconvenience of fecal matter.

She concluded that the dog litter has been going on for 10 years and usually occurs during the winter and spring months.

Today’s dog waste bags are biodegradable to create less landfill damage and are used to prevent the transmission of diseases found in dog waste.

The Canadian Public Health Agency says dog feces carry harmful parasites and bacteria that can cause intestinal illnesses and even blindness.

2022-03-19
Previous Post: overflowing urban trash cans are a big problem
Next Post: Letter to the Editor: Paper Recycling is an Environmental Success Story