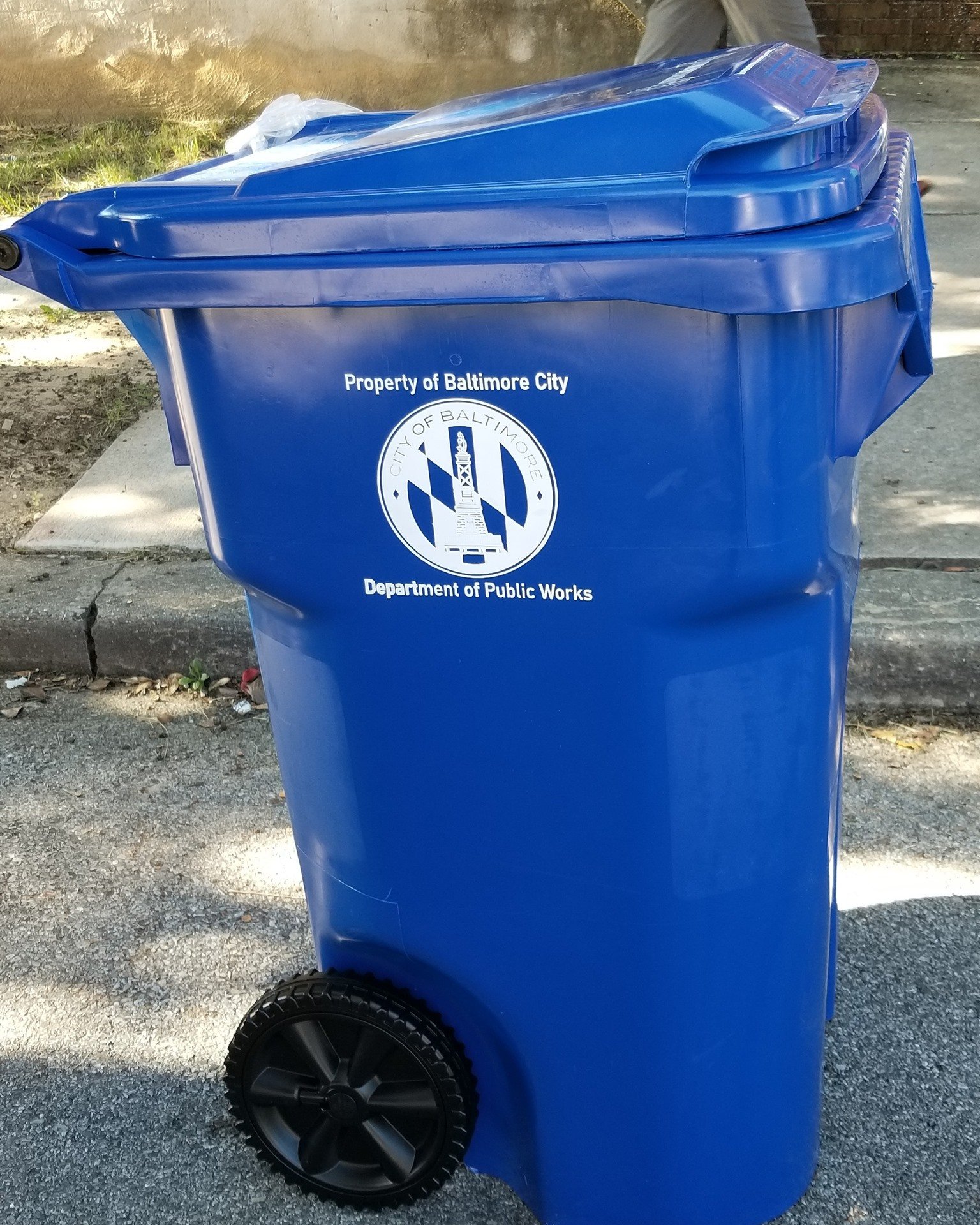 Distribution of residential recycling carts underway in the city of Baltimore

The Baltimore City Department of Public Works (DPW) has started delivering recycling carts to households in Baltimore City. The carts will first be distributed to communities with the lowest recycling rates according to Esri’s Market Potential Index (MPI) database. The distribution process is expected to take four months.

Households in Baltimore will receive a 65-gallon blue recycling cart, which is the same size as the green garbage carts. Residents can call 311 to request a small cart or to withdraw completely. Postcards will be mailed to eligible households 30 to 45 days before the arrival of the recycling cart.

DPW created a Recycling Opportunity Index (ROI) using the MPI database which ranks the Combined Statistical Areas (CSAs) that have the most opportunities for increased recycling. The filing system will guide the distribution plan for DPW’s carts.

The $ 9 million plan to distribute recycling carts includes a $ 3 million grant from The Recycling Partnership.

The Recycling Partnership and the City of Baltimore estimate that the new recycling carts have the potential to increase recycling in the city by about 20,000 tonnes per year or nearly 200 pounds per household.

About the Author: Kevin Lynch

Founder and Publisher of SouthBmore.com, longtime South Baltimore resident and graduate of Towson University. Unconditional fan of Ravens and O’s, father of three, amateur pizzaiolo, skateboarder and “bar food” gourmet. Write to me at [email protected] and follow me on Twitter at @SoBoKevin.