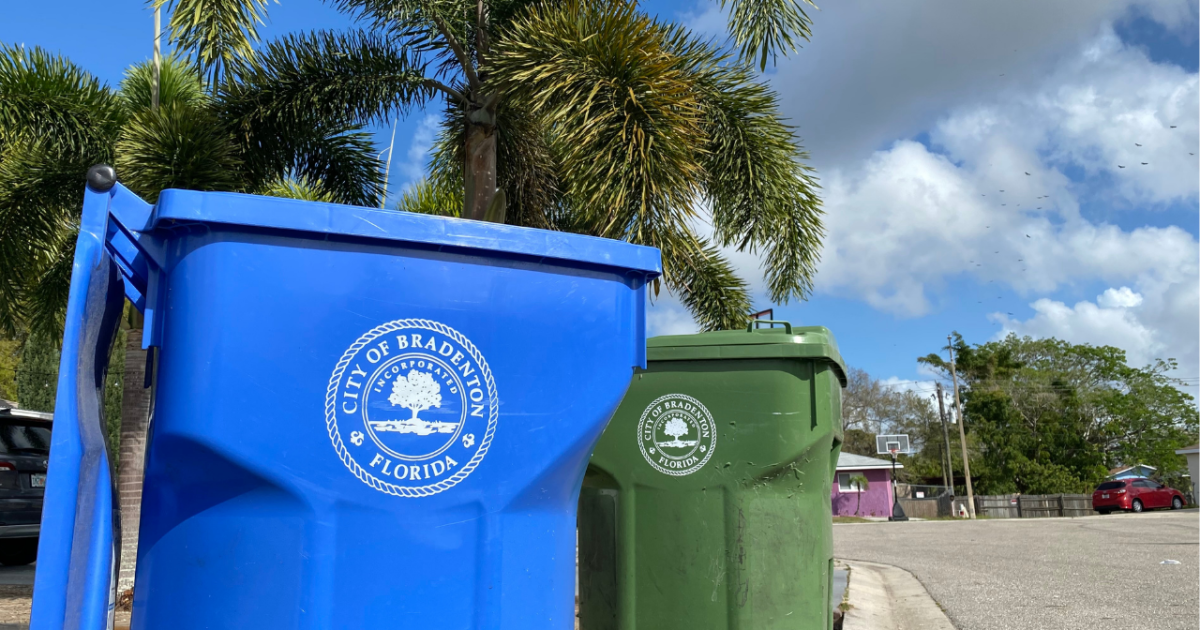 BRADENTON, Fla. — Bradenton officials are considering ending curbside recycling as the city faces a “perfect storm” when it comes to service issues.

Living just steps from the confluence of the Braden and Manatee rivers in Bradenton, Michael Modesto and his family try to recycle a lot.

“We try to recycle more than we throw away,” he said. “We are big water lovers, big boaters and so on. So yes, it’s disappointing to see the amount of waste that sometimes lies on the waterways.

For Modesto, the City of Bradenton’s bi-weekly curbside recycling collection has become somewhat unreliable of late.

However, for Modesto, this is an important service that he uses as much as possible, and he was surprised to learn that the city may soon be eliminating curbside recycling pickup.

“I thought Bradenton was supposed to be, you know, more of a boom town, you know?” Modesto remarked.

The city said it was facing a perfect storm. On the one hand, City Administrator Rob Perry said finding staff to empty curbside recycling cans has become a persistent problem.

“As far as trying to attract people with commercial driver’s licenses who can drive a 60,000-pound truck, we’re operating at about 20% vacancies,” Perry said. “We’ve increased wages by about $3 an hour, we’re offering signing bonuses and other types of incentives, and we’re still short on money. »

“If 10% of our load is contaminated with non-recyclable material, then what basically happens is that all of that load has to go to the city landfill and be dumped with everything else,” he said. he explains.

“Even though the public thinks they’re recycling, number one, they’re not, and they’re paying twice as much for it, and we have a labor shortage,” Perry continued. “So when I say a perfect storm, there are a lot of elements that contribute to a pretty untenable situation.”

Perry said recycling will still be offered at 10 to 20 drop-off sites across the city.

“I think the net effect of this program is that we end up getting more really clean recyclables that can be effectively disposed of in a recyclable and sustainable way,” Perry said.

“If I have to do it once a week between everything in life, I can see how, you know, it would be easy to say, ‘Hey. I’m just going to put it in the trash and, you know, don’t deal with it,” he said.

He fears the move will send more waste to landfills, local rivers and the Gulf of Mexico.

The switch is not yet official. Bradenton City Council is expected to discuss the idea at a meeting at 8:30 a.m. Wednesday morning.