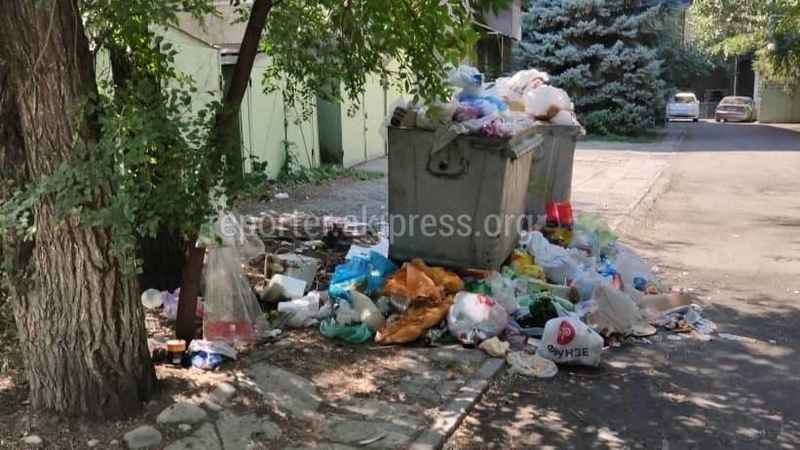 The mayor has promised that the garbage problem will be solved next spring.

“The work concerns the construction of the waste recycling plant. A contract will be signed within a month,” he said.

“After the construction of 15 schools, the construction of the waste recycling plant will be another big project in Bishkek. We want to build this plant by ourselves. We have to buy materials from abroad. There are 2 large projects. Specialists and experts will arrive next week. The work will start after the signing of the contract, “said the mayor.

The mayor said no garbage trucks have been purchased since 2015.

“The agreement was signed with the Kyrgyz-Uzbek Development Fund for the purchase of 24 garbage trucks. The trucks currently in use are old and spare parts are not available. About 50 trucks are in use now, which is not enough. The city is designed for 600,000 people, but more than 1.2 million people actually live in the city. The number of people, cars, transport is increasing, internal migration is increasing,” said the mayor.

“30 million soms have been allocated to the cleaning company Tazalyk for the direct purchase of equipment until the arrival of the 24 garbage trucks. 1-2 private companies have been contracted for garbage collection in the part of a public-private partnership project, but they are not up to the task,” said the mayor.