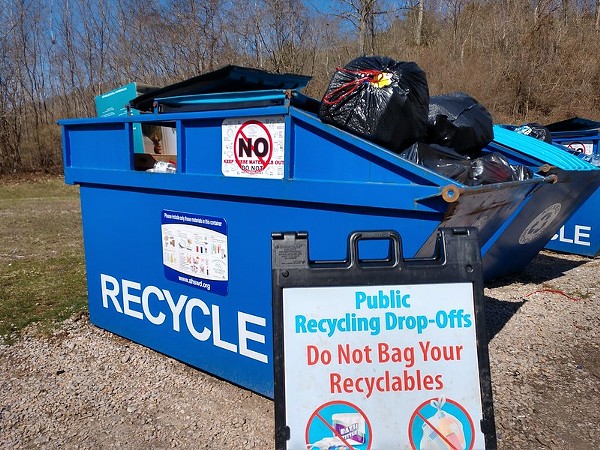 By: Ryan R. Carter
In: School recycling
Click to enlarge

The City of St. Louis will resume driveway recycling pickup on May 31.

The City of St. Louis Street Department announced this week that alley recycling pickup would return on the last day of the month. The city says the change is possible because it has invested in more truck mechanics and plans to use the resources of the Waste Division more efficiently.

“The Waste Division serves 80,000 homes across the city, and we have worked tirelessly to resume back-alley recycling collection for the residents of St. Louis,” Streets Department Director Betherny Williams said. in a press release. “Our data-driven plan will help us increase our transparency and efficiency in waste collection and recycling, and the Waste Division will continuously monitor our routes and make adjustments as needed.”

The city will collect once a week on roads that consistently produce less recycling and will monitor more high-yielding roads to determine the need for additional collections. The city is asking residents to reduce the pressure on resuming service by only putting items in the bins that are truly recyclable.

Recycling of blue bins has been on hiatus since July 2021, when a shortage of workers prompted the city to combine trash and recycling and ask residents to bring recyclables to designated drop-off points, KSDK reports. The outlet reports that the city was criticized in December for continuing to collect levies even though some recycling was not taking place.

In August, the city announced a $3,000 signing bonus for new truck drivers, Fox 2 reports. Still, the effort appeared to have little effect so far.

In her State of the City address in late April, St. Louis Mayor Tishaura Jones promised the city would bring recycling back in May.

“Collecting aisle recycling is an important and essential service that our residents rely on every week and despite the challenges the city faces, we are using data to inform and improve our operations,” said Nancy Cross, Director of City of St. Louis operations, in a statement. . “We’ve worked hard to get to this point, and we ask for your patience as we work through the bumps in the road that will present themselves along the way.”