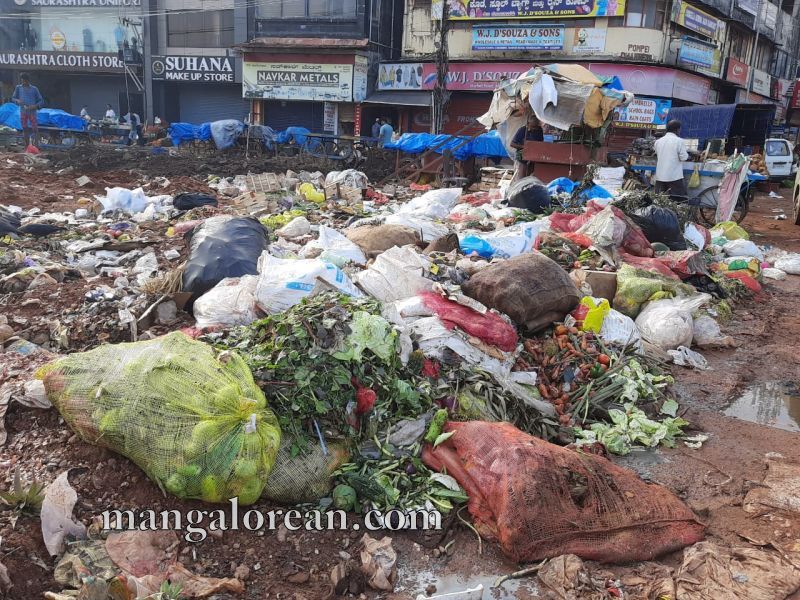 A stinking problem! City trash piles up as Pourakarmikas still on indefinite strike

A stinking problem! City trash piles up as Pourakarmikas still on indefinite strike

Mangaluru: If you are wondering why most of Mangaluru city is STICKY and why the garbage has not been picked up for the past few days, the simple reason is that the Pourakarmikas of Antony’s Waste Cell are on an indefinite strike to ask the government to resolve their certain outstanding issues. Meanwhile, the rubbish is piling up as the Pourakarmikas, drivers, sweepers and other workers are still on their third day of strike action, with no agreement reached between their union and the government.

Even though Chief Minister Basavaraj Bommai held talks with the Pourakarmikas union leaders and CM promised to regularize their demands, but the leaders insisted that CM give his assurances in writing, and the stubborn workers refuse to return to work if their demands are not met. If things don’t go well, there’s a good chance the protest will continue through Monday, and beyond.

It is learned that Chief Minister Basavaraj Bommai on Friday gave his approval in principle for the regularization of Pourakarmikas who were directly recruited but not regularized by local urban bodies in Karnataka, including the BBMP. He said a committee will be formed to oversee the regularization process. It will include representatives of Pourakarmikas. However, representatives of the BBMP’s Pourakarmikas and others in the state, who are on an indefinite strike from Friday, said they would continue to protest until the CM’s pledges were delivered to them in writing.

According to the classification, out of 54,000 Pourakarmikas in the state’s urban local bodies, 17,000 were regularized as government employees, while 26,349 Pourakarmikas were directly recruited but not government-wide permanent. About 16,000 of these direct recruits work in Bengaluru. Pourakarmika representatives were summoned to a meeting with Bommai to discuss issues related to their welfare and financial concerns.

Shortly after the meeting, the CMO said in a statement that an approval in principle had been given to regularize the direct recruits and that a committee comprising representatives of the legal department, Pourakarmikas and senior government officials would be set up. in place to oversee it. The CM had also said that Pourakarmika women would enjoy the same maternal benefits as state government employees. He said the government would provide separate accommodation for the Purakarmikas and formulate an education policy for their children modeled on the education policy for farmers’ children.

Meanwhile, here in Mangaluru, Antony’s Waste Cell Manager, Prakash Kurup, speaking to the Mangalorean team, said, “Even though our company is a private company and our employees don’t are not linked to the state union Pourakarmikas, they were put under pressure by the union leaders. to support their strike, and so they joined the strike by refraining from work. Since Saturday there has been no agreement between the government and the union, there is a good chance that the rubbish will not be collected until Monday, or beyond. In the meantime, we are trying to sort out with MCC how we can clean up all the garbage that has accumulated for 2-3 days”.