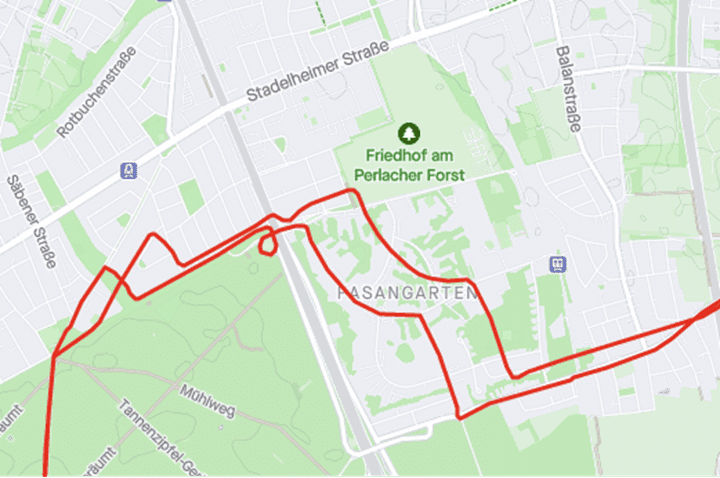 A GPS accuracy issue has affected Garmin, Suunto and Polar watches over the past week

In the past seven days, there has been a large number of people being logged. With some GPS watches seeing accuracy issues, the GPS trajectory is offset by reality (usually in a certain direction). it is Often leads to GPS tracks where the visual pattern may be correctbut Not in the right place. Meaning, it’s like it’s someone Change your lane a bit to the sidewhich eventually allows you to walk on water, or walk through buildings. Alternatively, it may contain strange vacuoles, or it may be Bad outright garbage fire. In theory, the problem should be solved since last night.

it is The issue has particularly affected those with Sony GPS chipsetswhich is basically a repeat of a problem that happened 18 months ago. This effect was much larger (for various reasons). The first time the problem happened over the New Year holiday weekend, and it was the first time you saw these companies, which slowed down the response rate considerably (and also increased the number of persons concerned).

This time around, the effect was certainly measurable (as my inbox can attest), but the duration was more limited. It first hit people last Tuesday/Wednesday (June 28/29), then again last weekend and early in the week (July 1 – July 5). The number of watches affected is significant here, and any Garmin watch released in recent years (but not most in 2022, as they use a different chipset), as well as all Suunto/Polar watches, and theoretically all COROS watches except the Vertix 2 (although that, I haven’t seen any COROS reports, so they may have put a different filter).

Broadly speaking, these will be the following watches (in addition to the 29 million types of these watches that Garmin has):

Again, the above list is not exhaustive. Many watches are affected, especially by Garmin, which uses nearly identical watches in various other departments such as marine, golf and navigation. Also, this will theoretically affect Wahoo RIVAL & COROS watches (except Vertix 2), however, I can’t find any cases of people having issues there. Which means they were flagged or they added mitigating factors.

During this time, the Garmin and COROS watches are not affected:

All of these watches use a different multi-band chipset from MediaTek/Airoha, which is not affected here.

The case concerns the ephemeris data file, also called EPO (Extended Prediction Orbit) or Continuous Predictive Calendar (CPE). Or just the satellite pre-cache file. This is the file that is delivered to your device frequently (usually every few days). This file allows your watch to find GPS satellites almost instantly when you go outside. This is basically a cheat sheet on the location of the satellites for the next few days, or up to a week or so.

Your watch or bike computer automatically receives this file via Bluetooth Smart from your phone, Wi-Fi or USB, depending on how your watch is connected. Most companies offer this whenever your watch is synced and you need a new version. So, on your end, you never do anything – it happens quietly in the background. The data in this file was wrong, so the data your watch was using for those first few minutes is also wrong, causing the lag.

The The good news is that the solution is simple: Just Sync your watch For an updated version. Garmin says for example that if your watch is connected to your phone, since last night, you must download a new EPO file, which will solve the problem. Garmin also says they’ve put blocks in place to ensure this doesn’t happen again. Although they said that 18 months ago as well so I guess whatever Sony did this time broke it in a new and distinct way that wasn’t what it was the last time.

With this, we hope this will help people understand what is going on and how to fix it.