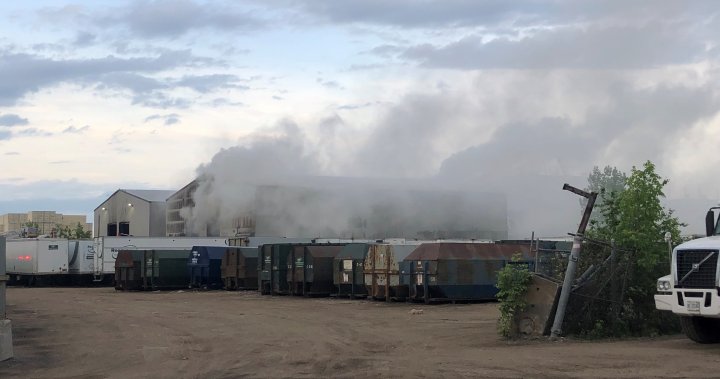 5-alarm fire breaks out at recycling plant in Etobicoke – Toronto

The industrial fire broke out around 10.30pm at Global Waste Services on Shorncliffe Road, near North Queen Street.

Officials said the fire was deep-rooted inside the plant, which is located in a mostly industrial area south of Etobicoke.

As of Thursday morning, crews were still trying to get inside to get to hotspots.

The story continues under the ad

No injuries were reported.

There are road closures along Shorncliffe Road between North Queen and Dundas Street. Motorists were still being urged to avoid the area Thursday morning as crews were expected to be at the scene for a period of time, officials said.